A girl and a male nurse in the same room; a visit to the old hotel in Mar del Sur; the silent presence of a war; the incorporation of a new word in a foreign but close language; a secret shared between sisters: bits and pieces of scenes and memories that are brought together in these texts to build a possible story. Sylvia Molloy composes an unforgettable book, already regarded by many as a classic of Argentine literature, in which she reconstructs the course of a life that is never completed and final, but rather lovingly stitched together.

French has a complicated place in my life, it is full of passion. I wanted to learn it since I was a child, because my mom had been denied that possibility. Her French parents switched languages when their third child was born. My mother was the eighth one. Instead of speaking French with the family, my grandparents adopted Spanish and only spoke French between themselves. I wanted to rehabilitate her family’s mother tongue, so that my mother, just as my father, could have two languages. Being monolingual seemed like poverty.

French gained momentum in my life when I started studying French literature. I was dazzled by a teacher, who was just ten years older than me. She had an unhappy marriage, or so they said. I adapted my literary tastes to hers: Racine was better than Corneille, Proust more interesting than Gide. Adopting this last preference was quite hard to me, just as it was hard later on to choose, again because of a woman, dogs over cats, but love conquers all. It was hard because I secretly recognized myself more in Gide: in his Protestantism, his unending moral debates about a sexuality I guessed was also mine, though I was not completely sure yet, in the efficacy of some of his phrases learned by heart to use as a talisman, which I still remember with certain degree of accuracy: “Chacun doit suivre sa pente, pourvu que ce soit en montant.” Proust did not touch on my adolescent ethical concerns in the same manner.

My French teacher wanted to practice her English, so she suggested we should exchange lessons. I used to go to her place twice a week when she was alone. Her kids, still young, were at school. We used to summarize the books we read and talk; she needed to improve her spelling, so she asked me for dictation. I remember I once opened the book she was reading and started to dictate from a paragraph at random, without paying much attention to its content. I just remember that when I got to a phrase the protagonist said, “gave a low, sexual laugh,” or something similar, I got embarrassed but managed to go on. I was afraid she could have realized something, or that she might think I had chosen that paragraph on purpose. I´ve always had the idea that the book was Tono-Bungay by H. G. Wells, I don´t know why. Until this very day I haven’t been able to locate that phrase.

The day came when my teacher announced she was leaving Argentina. Her husband, a consular clerk, had been transferred to Istanbul. We had our last conversation class, her husband arrived, offered me a drink and the drink went straight to my head. At the time of saying goodbye, I didn´t know what to say, I clumsily shook hands, as a formal gesture and in silence. I slept badly that night and cried. My mother caught me by surprise, but I told her I was sad because I hadn´t said goodbye as Madame X deserved. On the following day, my mother came home with some toys. They are for her kids, she said to me. Take them and tell her you forgot to give them to her yesterday. That way you can give Madame X the kiss you didn´t give her.

Varied imagination. When my father died, my mother withdrew more and more into her world, made of memories and, above all, invariably catastrophic conjectures. She hardly knew anything about my life, only the petty portion that I miserly shared with her to put a stop to her questions. She replaced the untold bits with imagination; and she worried. About money, or my loose relationship with it, so different from hers. About my friends. The telephone would ring, and she would answer, it’s for you. Is it a man or a woman, I would ask to identify the speaker. I don´t know, she would get upset and answer, how strange are your friends, honey. Suddenly, one day she said: I am worried and want to talk to you, tell me, do you have a son in Paris? Her question shocked me and relieved me at the same time: I laughed. You go there so often, I don´t know what to think, she answered, a bit offended, and I regretted having laughed. So, you do have someone there, she insisted. I told her that I did and invented a lover, yes, and what’s his name, Julian, how rare for a French, not so rare really, there is a church in Paris with that name, and also a writer and a wine, Juliénas. I said all this to silence her suspicions, not to say yes, it was rare indeed, and what’s more, it was the name used by Vita Sackville-West in her escapades in Paris with Violet Trefusis. I was always such a literature fan; I had just finished reading those letters. My mother would ask me only once in a while about my imaginary lover. I think she recognized the artifice but, at the same time, she needed to believe in it. Two or three years later, when I came back to Buenos Aires for a visit, I decided to put an end to the lie and told her that Julian was, in fact, a woman. She wanted to know her name, I told her. Is she Jewish?, she asked; she didn´t believe me when I said she wasn´t. She also wanted to know if she had ever been married, I don´t really know why. Divorced, I said; so, she said disapprovingly, I imagine her with blonde hair, dyed, she added after a pause. An hour had passed when my mother wanted to go out for a walk and asked me to go with her. She walked very unsteadily and needed someone to lean on. We walked across a warm and dusty Olivos square, and she told me I want to get into the church. My mother was not a religious person. She sat on a bench, maybe she prayed while I walked along the side aisles, looking inattentively at the inside of the graceless church. That is what we did, my mother and I. When we went outside, she told me: I don’t know much about that kind of love. I proposed having lunch out and she accepted. She ate with unusual appetite. It was not true that she didn’t know, of course. Twenty years before, when the Charles Tellier was about to set sail to Le Havre, taking me to study in France, when the bell was rung for visitors to get off board, she took me aside and told me: In Europe, there are older women who look for young secretaries, but what they are looking for is something else. With no further comments, she gave me a kiss and left, leaving me perplexed. I reminded her of the incident over lunch. Truly, she said in a surprised tone, I don’t remember that at all. 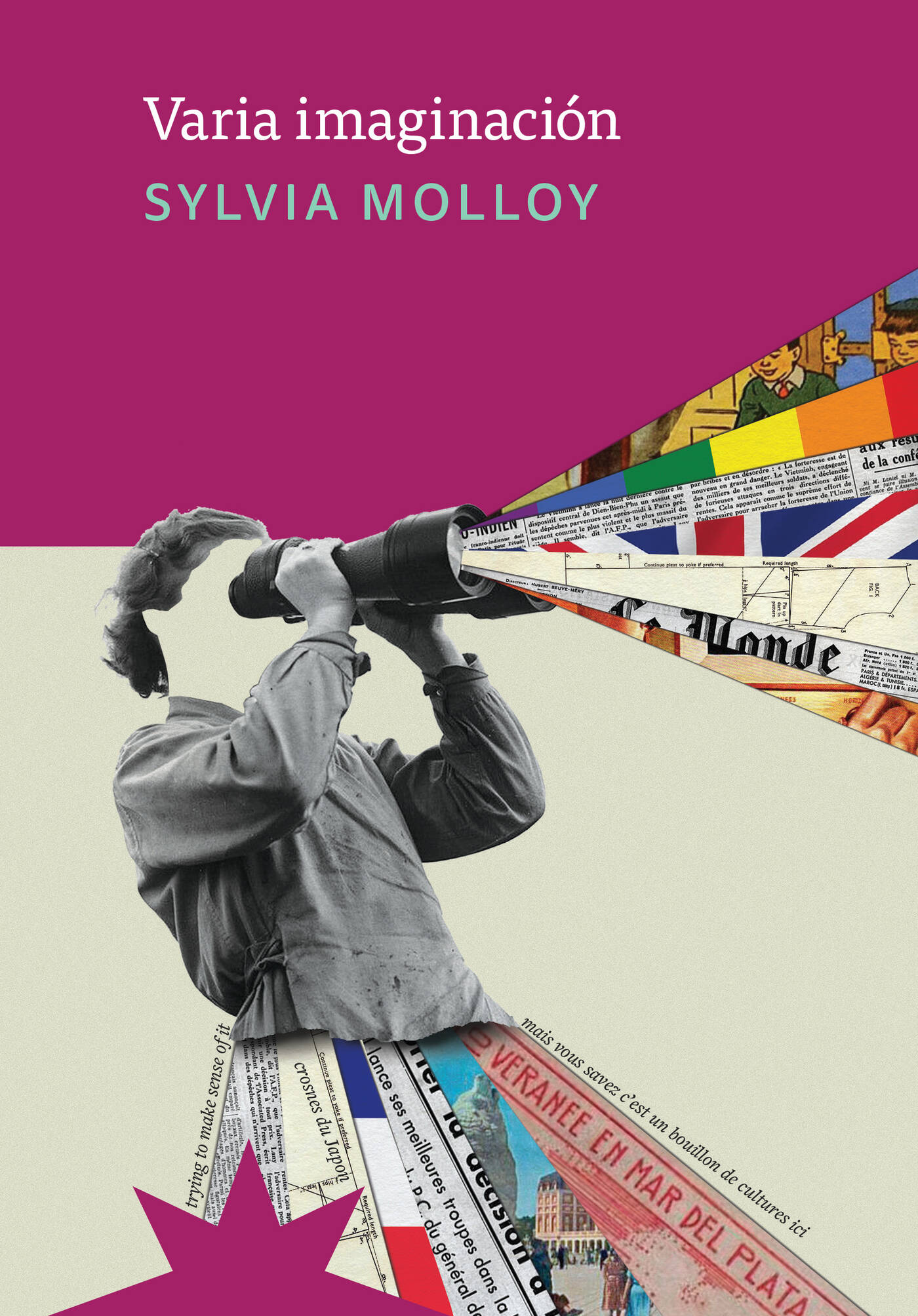 Sylvia Molloy was born in Argentina and died in the United States. Some of her books are: Poses de fin de siglo (Airs of the End of the Century), Vivir entre lenguas (Living Between Languages) and Desarticulaciones (Dislocations), all of them published by Eterna Cadencia. She was an Albert Schweitzer Professor Emeritus of Humanities at New York University, where she founded the creative writing program in Spanish.