High in the Sky Above

In this novel, prequel to Síndrome Praga (Prague Syndrome) by the same author, Katka Fůrstová arrives at the Argentine capital city to go after a great emblem of Prague culture, which, during the Nazi rise to power, was smuggled by a group of initiates in Jewish mysticism. The mission –which drives her to one of the most central and at the same time secret corners in Buenos Aires– mutates and falters almost as much as her state of mind, as she gradually absorbs the strange codes of the porteño’s way. Revealing, poetic and funny, this lucid prequel to Síndrome Praga reunites the most Parisian palaces in Buenos Aires, such as Barolo or Palacio de Aguas Corrientes, with the average grills or parrillas, gothic novels by Gustav Meyrink and the euphoria of well-known local pop star Natalia Oreiro. With its unusual elements of foreignness, High in the Sky Above manages to achieve one of the goals of any novel: the power to resignify. It resignifies the plot of the previous novel, the cultural bonds with Central Europe, Buenos Aires’ condition as a inexhaustible literary metropolis, and that strange resistance force –which, in this story, is embodied by the withdrawn artists– made of irony and talent, always busy assimilating so many years of cyclical repetitions like those which mark, according to the legend, the return of the Golem. 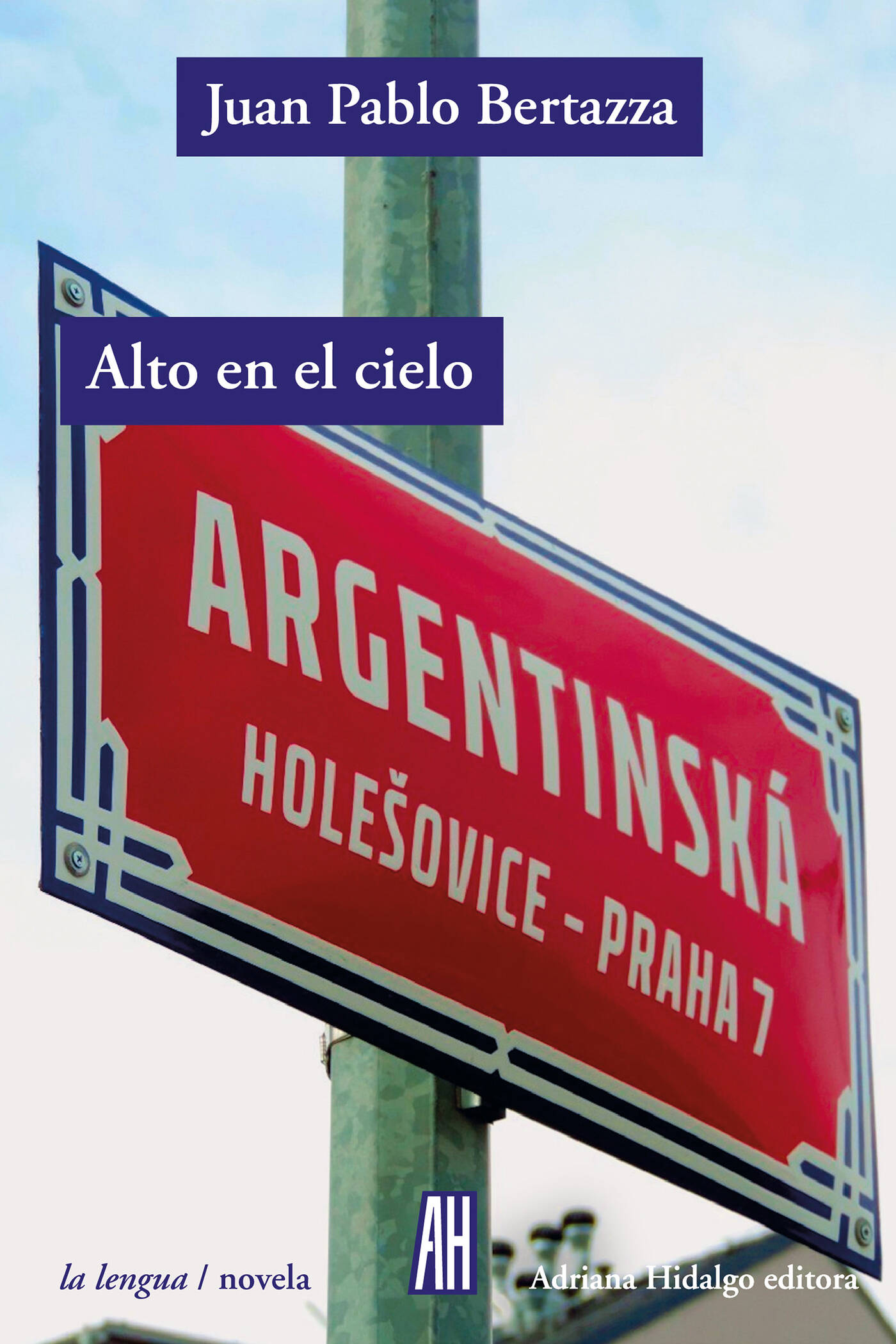 Juan Pablo Bertazza was born in Buenos Aires in 1983. He is a Bachelor of Arts from Universidad de Buenos Aires. He has published the following books of poems: Los que no hablan (The Ones Who Don’t Speak, 2010), En base doble (On a Double Basis, 2013), Calle Lavalle (Lavalle Street, 2015), La revolución tranquila (The Quiet Revolution, 2015), and La revolución de terciopelo (The Velvet Revolution, 2017) which was translated into Czech as Na prahu Prahy. He has also published the essay La furtiva dinamita (Furtive Dynamite, 2014) focused on the controversies around Nobel Laureates in Literature. In 2017, he won the grant Praga Ciudad de la Literatura, with which he funded the writing of his first novel Síndrome Praga (Prague Syndrome, edited by Adriana Hidalgo) which was translated into Czech. In 2019, he was one of the Latin American writers invited to the Czech Book Fair Scet knihy. He is currently doing a PhD in Literature at the Palacky University in Olomouc, Czech Republic.