A Journey to the Bottom of the River

Sinforosa loses her grandmother’s brooch in the river. From the surface, she thinks she sees it and dives in to retrieve it. On the riverbed, she meets the ‘microcodiles’, tiny crocodiles that cry and laugh, thus affecting the currents. Sinforosa must find a way to recover the brooch, return to the surface, and come back home. A book brimming with poetry, in which the protagonist discovers a different, submarine world and meets peculiar creatures. Recovering the brooch, her grandmother’s keepsake, leads to an adventure around this strange yet beautiful world, full of new friends and experiences.

Sinforosa came down from her favorite tree: a willow covering the last drop of land alongside the river. Letting go of the largest branch, she landed on both feet at once. She would play for hours there, keeping perfect balance. She had never ever fallen from that branch; it was a strong arm stretching above the water, soaking its vegetal plaits in it.  Sinforosa spent her days perched there, watching the currents pass by, among the birds. Just like them, she loved that tree ─her green monster friend. It was the first thing she saw through the window when she woke up each morning: its drooping, heavy, sagging branches. It looked so sad! So, after breakfast she ran to climb it and cheer it up. No one could persuade her to come down from there, sometimes not even for lunch. But today she had an important reason. She had dropped the brooch her grandmother had given her into the water. It was golden, blue, and white, and it had a pumpkin-colored heart drawn in the middle. Her grandmother had given it to her long, long time ago, but she had to promise that she would take care of it more than anything else. Sinforosa had unpinned it from her coat to have a closer, silent look at it, as she did whenever she missed her grandma. There she was, busy with her memories, when PLOP! Sinforosa knew exactly where it had fallen, and now she was staring at it from the shore. It seemed to be on the surface,

Water is not hard, it is soft, and it swallows up things! How deep down the river could a brooch with a pumpkin-colored heart go?, she asked herself in despair. To find out, she would have to go in. The first thing she did was take off her boots and lay them by the tree. The second thing was rolling up her trousers. But what for? After all, the third thing was going on, deeper and deeper, down the increasingly forceful and increasingly cold water, until her ankles were covered in water and then her knees and then all the rest. Neck-deep in water, after gazing at the utterly cloudless blue sky, Sinforosa took a deep breath, pinched her nose closed with her fingers and plunged in completely. Once underwater, she opened her eyes and saw a gigantic bowl of brown soup, as it were, with the rays of daylight passing through. The light entered as if scattered in countless golden pins stuck into the river by a mysterious hand, although Sinforosa knew that they all came from the same sun. She swam, stroke after stroke, and diving down straight to the bottom, where she reckoned the brooch must have landed. 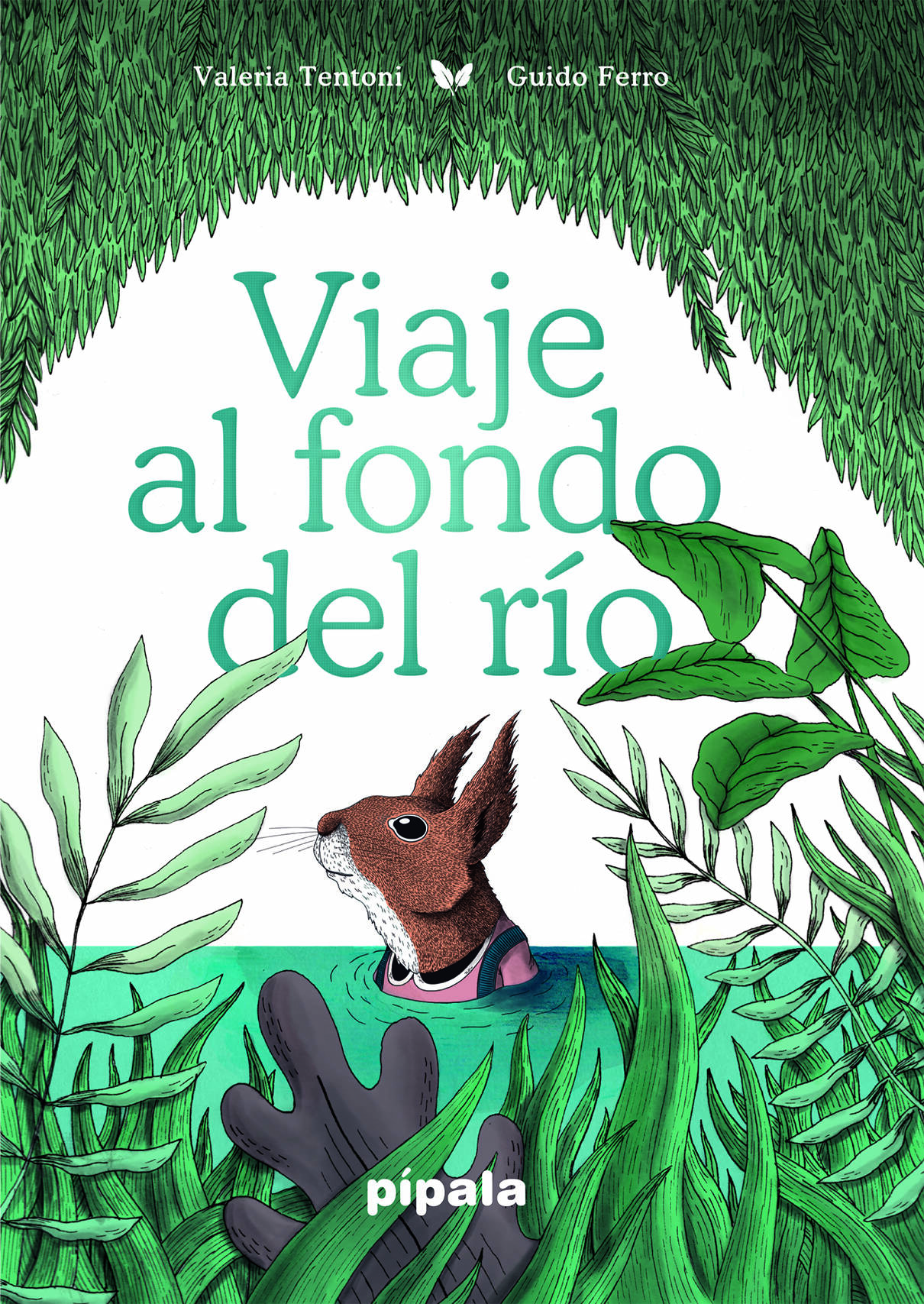 Valeria Tentoni (author) was born in Bahía Blanca in 1985. She has published the following poetry books: Antitierra (Anti-Earth), Hologramas (Holograms) and Piedras preciosas (Gemstones), as well as storybooks like El sistema del silencio (The System of Silence) and Furia diamante (Diamond Fury), selected in 2015 for the collection “Leer es futuro” (“Reading is Future”) by the Argentine Ministry of Education.

Guido Ferro was born in 1986 in the city of Buenos Aires, Argentina. He is an illustrator and social communicator. He works as a freelancer for the graphic, advertising, and audiovisual industries. He also runs illustration and creativity courses and workshops in Buenos Aires and other cities throughout Argentina.