In Hebe Uhart’s chronicles, more than landscapes and history, the author captures speech. These journeys, mostly intimate, are a search for ways of speaking. Hebe Uhart’s work as a collector of linguistic expressions is a fortunate and important contribution, since the woman who pays attention to language is not a collector of curiosities, she is a writer. Her fascination for language is not limited to spoken language; as she tours cities and towns, she notes down stores’ names, advertisements and graffiti, a routine repeated in almost every story. She is also interested in all the oral expressions that are intimately related to literature, such as proverbs. Hebe Uhart is voracious, but she offers all this information with great kindness, careful not to overwhelm readers, sharing with them facts which, however obvious, may have never caught their attention. The political stance behind these chronicles is quite clear: Latin American anchorage, stories that have been ignored or frowned upon —local history, everyday knowledge, linguistic expressions— and, one of her favorite subjects, Indigenous peoples on the continent. A selection of these chronicles has been translated into English and Portuguese.

On the banks of the Parana
Since 2003, the city of Victoria has been connected to Rosario by a bridge about 80 km long. This connection is changing the face of the city: old houses, with their imposing wrought iron fences, are being remodeled and refurbished; the small-town slow pace is being altered. Every weekend, about twenty buses arrive from Rosario and its surrounding areas to visit the casino and the town. In Victoria, home to more than thirty thousand inhabitants, there is a lot to see: a Benedictine abbey, a riverside promenade, and a neighborhood they call Cuartel Quinto, one of the first settlements. From any point in the city center, you can see rolling hills in all different shades of green, usually referred to as slides. Bougainvillea embellish almost every house in town and in one of them there is a giant, stunning sunflower in the garden. The countryside spills into the city, as is apparent in the wild dog fights in the main square. Although people call it “the city of the seven hills,” Victoria is still a village. This is visible in the expressions of its dwellers. For example, they won’t say “go straight seven blocks and then turn right.” Instead, they’d say something like “it’s up that street” or “it’s down that street.” “Up the street” always means towards the center, while “down” means towards the outskirts. The words “left” and “right” do not exist. Just follow the direction hands point to. In the square, there is a sign: “Please, do not litter” and a graffiti on the back reads Chiche guampudo (Chiche the town cuckold). Facing the square, you will see Cafe Ricci, dark inside, the color of an ovenbird nest, just like the old staging posts used to be. There is a dedication by Sabato on the wall: “To Mario and his extraordinary cafe” —Sabato traveled to Victoria on the occasion of the Third International Congress of the Spanish Language in Rosario. The cafe may not be extraordinary, but it surely is a busy place: Mr. Sforza is a regular patron He is a local historian and author of Historia del templo (History of the Temple), which refers to Our Lady of Aranzazu Church. Victoria is a town of Basque and Genoese immigrants. The book reads, “The first chapel used to be a low-slung adobe building with plastered walls; the new building was only completed in 1875.” All these towns from Entre Rios had humble beginnings. Victoria was formerly called Matanza (“slaughter”), after the massacre of indigenous people in 1750. Consequently, Entre Rios, including Arroyo de la China (currently known as Concepcion del Uruguay), falls under the influence of Santa Fe, and Charruas and Minuanes are forced off their lands. The city’s rural and religious past (there is a chapel in one of the seven hills where the priest holds open-air masses) is apparent in the name of some medicinal herbs produced by Benedictine abbots: for diabetes, pata de vaca (“cow’s foot”); a diuretic herb is referred to as cola de caballo (horsetail); cascara sagrada (“sacred peel”), a laxative; cardus marianus is a plant with hepatoprotective effects, and, as a tribute to modernity, we have the sauce Marcela (“Marcela willow tree”) for rheumatic disorders. A small shopping mall is being erected next to the abbey; the building by the riverside, which also belongs to the casino, has the same structure as the casino itself, with round windows.

The first Basque and Italian immigrants settled in Cuartel Quinto around 1830. There were houses with vineyards and fruit trees; stables were built to keep animals because people thought life here was like in Europe. At that time, individuals used to issue currency for local use. But with what endorsement? Solvency and a good name. There were also shacks to pile up hides and the last saladeros (meat salting facilities). The houses of Cuartel Quinto and all houses in Victoria have something special: wrought iron fences. Italian blacksmiths forged elaborate fences; builders, who were also Italian, festooned the most important buildings with odd-looking turrets. The Genoese were not only builders and blacksmiths, but also sailors. In River Navigation in Argentina, Clifton Kroeber claims that towards 1840 the Genoese owned boats in the Parana and the Uruguay rivers and they were river pilots. 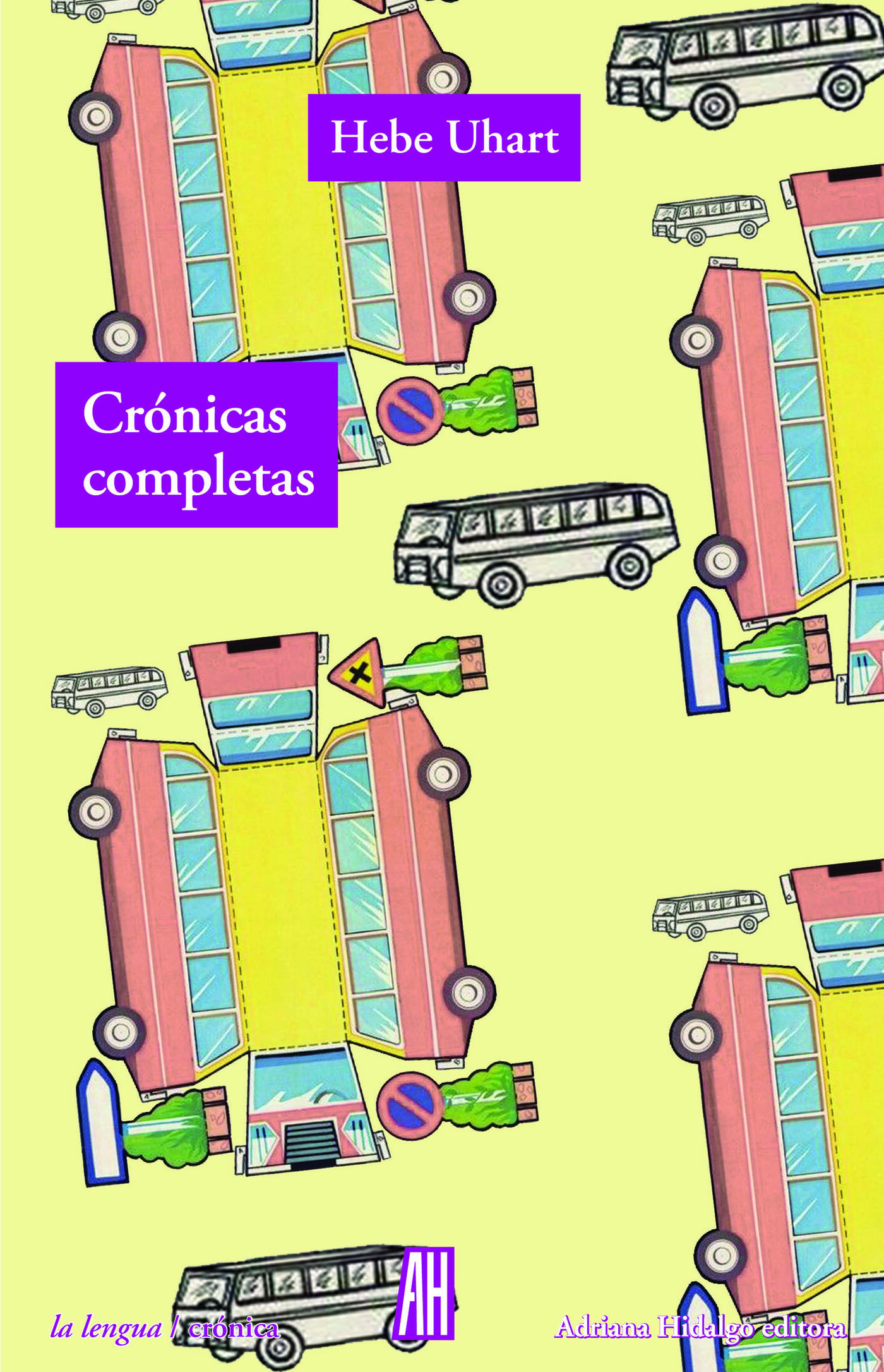 Born in Moreno, province of Buenos Aires, Hebe Uhart (1936-2018) studied Philosophy at the University of Buenos Aires. She worked as a teacher and contributed with the cultural supplement of El Pais newspaper from Montevideo. She wrote travel notes and chronicles featuring different characters and situations. Adriana Hidalgo editora has published Del cielo a casa (From Heaven to Home) (2003), Turistas (Tourists) (2008) and the travel chronicles Viajera cronica (Chronic Traveler) (2011), Visto y oido (Heard and Seen) (2012), Desde la Patagonia a Mexico (From Patagonia to Mexico) (2015), De aqui para alla (Here and There) (2016), and Animales (Animals) (2017). In 2018, Adriana Hidalgo editora started a project to publish the author’s complete work, which included the publication of Novelas completas (Full novels), Cuentos completos (Full stories), and Cronicas completas (Full Chronicles). In addition, three unpublished novels are included in El amor es una cosa extraña (Love is a Weird Thing). In 2017, Hebe Uhart received the Manuel Rojas Ibero-American Narrative Prize for her literary career. Several selections of her stories and chronicles have been translated into English, Portuguese and Italian.