The story behind this book isn’t a made-up one. It is spun from the memories of a writer who as a child grew up in the scrublands of Santiago del Estero, the poorest, most rural of Argentina’s regions. In Santiago, when a neighbour was butchering a cow, it was common to share a large bone among several families. It was called the huesito gustador – the ‘tasty bone’ – and for a few weeks it was used to add flavour and substance to the thin broths of working men and women. Suniyay Moreno tells the story of the time she had to go and fetch the tasty bone… Being the smallest she couldn’t do much else out in the fields. This tale is thrilling and unlike any contemporary urban narrative. It reflects the challenges, games and growth experienced by all children. This is how it begins:

‘Deep in the bush, on the other side of the river, the mother, the five sisters, the seven cousins and the two sons of the migrant farmhand had slept in the hut that night. The eldest out in the trampled dirt yard under the moonlight. The youngest and the visitors beneath the leafy bower. As soon as dawn broke, their Mamay was waiting for them with hot, milky maté tea. She filled their mugs and cut a tortilla with pork crackling into fourteen more or less equal slices. When they finished eating, their mamma distributed the chores. It was Lila’s turn to fetch the firewood.
Chiqui’s to fetch the water.
Pelu had to look for pumpkins, which grew a long way from the houses, right down by the river.
It was Noe’s turn to grind the corn in the mortar.
And her Mamay sent Picu to fetch the tasty bone from Doña Ciriaca’s. Being the youngest sister, she wasn’t given the really important jobs.’

Can the youngest sister, barely five years old with skinny little legs, cross four miles of thick bush to a neighbour’s house on foot and collect the bone for the soup? Will she get side-tracked along the way? Will she cross paths with wild dogs? Or will she lose her way under the scorching noonday sun? 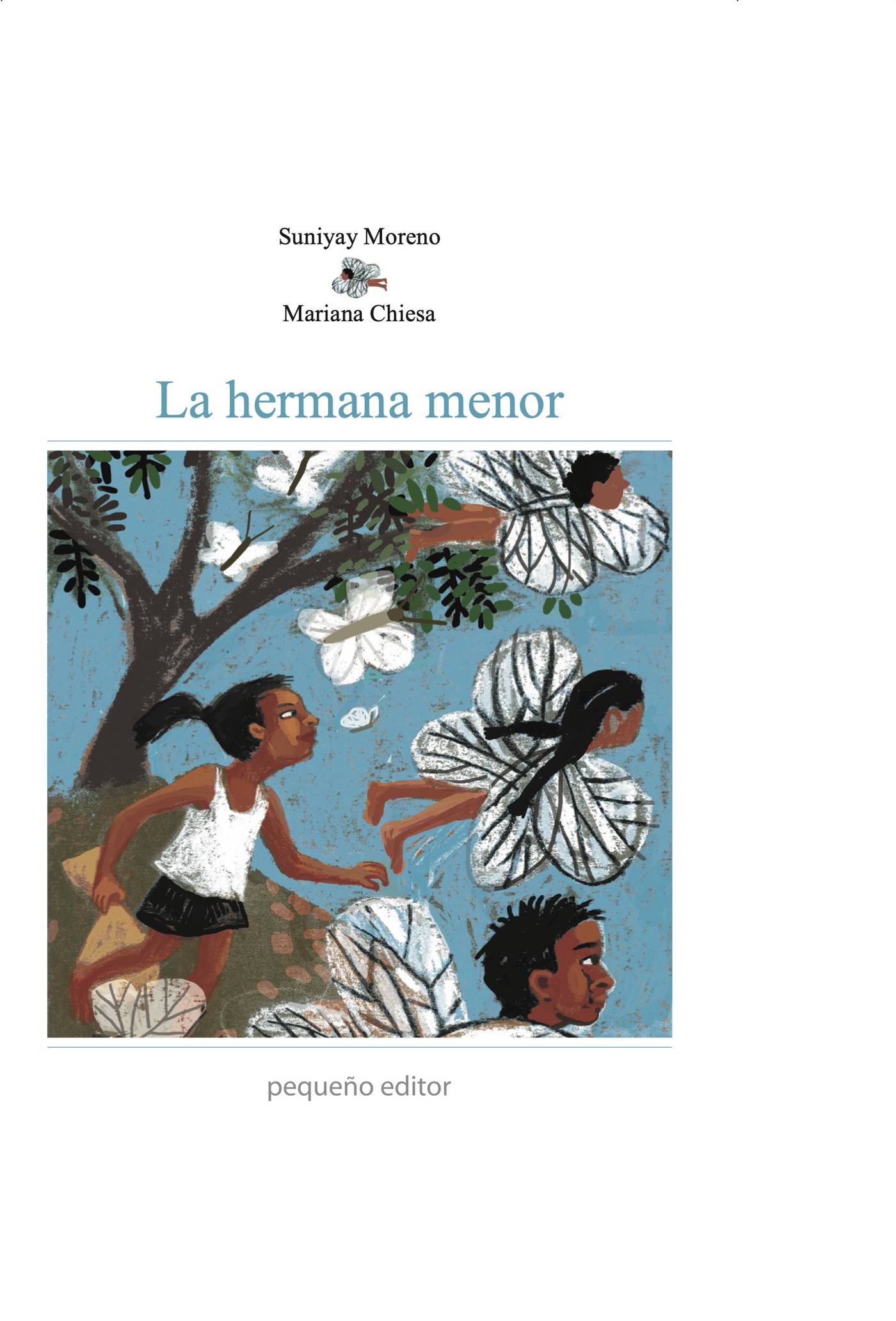