The quietest girl in the class

Tina is the type of girl that does not disturb anyone. She plays alone, with two dolls, and is very silent. One summer, a family arrives in town and settles down in a neighboring house. Nancy, her new neighbor, is a teenager who believes that, among humans, there are other beings, other realities. To Tina, Nancy lives on a whole other planet, one that is made up of records, posters, and her favorite magazine: Crazy World. What they are both about to discover is that the sinister and the monstrous can be found in the least expected places.

The author of the novel was granted the National Children’s Literature Award in 2018 for his previous novel La señora Pinkerton ha desaparecido (Mrs. Pinkerton has Disappeared).

The next morning after breakfast, the first thing I did was go outside to the patio to play with the dolls. I wanted to see them in the sunshine wearing their new dresses. But what I really wanted to see was Marilu’s little face. To see why Nancy had said that that doll hated Fiorella. It was a radiant morning. My grandma was doing laundry on the porch and the clothesline was almost full. The clothesline went across the patio, tracing a wall that split the patio in two. I remember being blinded by the glare of the white sheets hanging in the sun. I passed through them with my dolls, and I took the dolls to the little barbecue table, out of grandma’s sight. They looked adorable. I sat them down facing each other so that they could have their breakfast. I took out their miniature little tea set, made them their little pretend tea, and while I poured Marilu’s drink, I told her:

“Fiorella is your friend. And she hasn’t done anything to you. You’re not going to hurt her, are you?”

My grandma had emptied the laundry sink. I heard the soapy water running down between the calla lilies in the patio. And, as I started to fill up Fiorella’s cup, I asked again:

The doll, of course, did not answer. 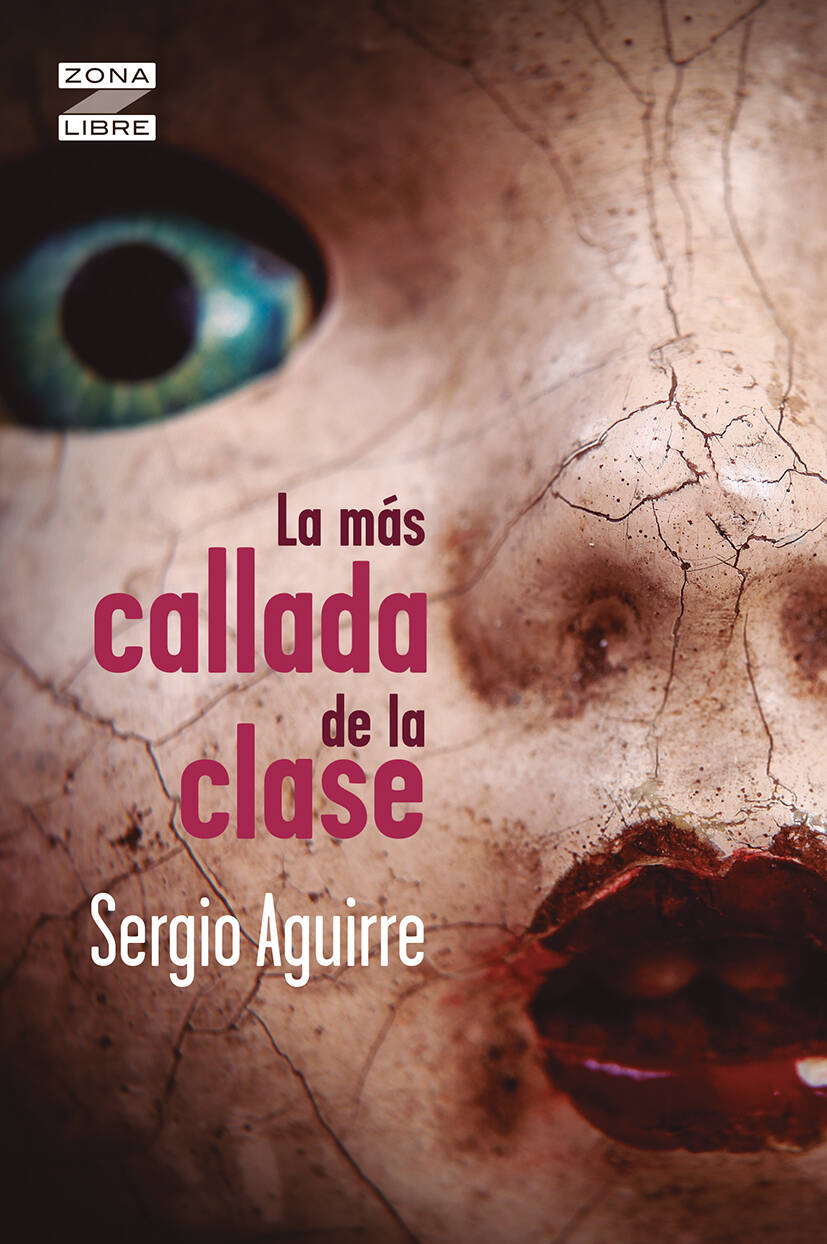 Sergio Aguirre was born in Córdoba, Argentina, in 1961. He is a writer and a psychologist. His first book, La venganza de la vaca (The Revenge of the Cow), received the runner-up prize in the Latin American Young Readers Norma-Fundalectura Award in 1998. Our publishing house has also published his books Los vecinos mueren en las novelas (Neighbors Die in Novels) and El misterio de Crantock (The Mystery of Crantock) in the Zona Libre collection, as well as El hormiguero (The Anthill) and La señora Pinkerton ha desaparecido (Mrs. Pinkerton has Disappeared) in the Torre Amarilla collection. The latter earned him the first prize in the National Literature Award.