El Periférico de Objetos: a testimonial is the result of an exercise of memory in the shape of a testimonial account, which combines theory, anecdote, poetry and life experience, as well as the widespread of something resembling an archeological excavation, a search for the bond with that past resulting from public and also personal material remains. Emilio García Wehbi embodies the condition of witness of that process, and narrates, not only with words but also with images, the shudder caused by the work of this group.

El Periférico de Objetos (1990-2009) was a paradigmatic theater group that marked a “watershed in the Argentine experimental and alternative scene.” Its work left a mark not only on artists but also on thinkers in the fields of literature, philosophy and psychoanalysis, thinkers who were utterly dazed by the multiple interpretations of their pieces. The prolific and successful life of the group lasted twenty years under the artistic direction of Emilio García Wehbi, Ana Alvarado, and Daniel Veronese, years in which they staged eleven pieces which were performed internationally and awarded unanimous high praise from festivals, critics, academia and the public. Although there are several papers that analyze their work, the group itself did not leave written records. This is just a book, Didi-Huberman claims when he assumes that it is absurd, from an anthropological perspective, to oppose images to words: “all together they form either a treasure or a tomb of memory, it does not matter whether that treasure is a simple snowflake or if memory is traced on the sand shortly before a wave dissolves it.” Wehbi narrates what was found among the ashes ten years after the group’s disappearance, but he also finds the fire of that time in the present, the sufficiency of those gestures which have survived time. He sets out to pick up what has disappeared and assumes the duality of what is at stake: the careful attitude of a collector and also the wild mordancy of one who knows it will only make sense to save what still burns. 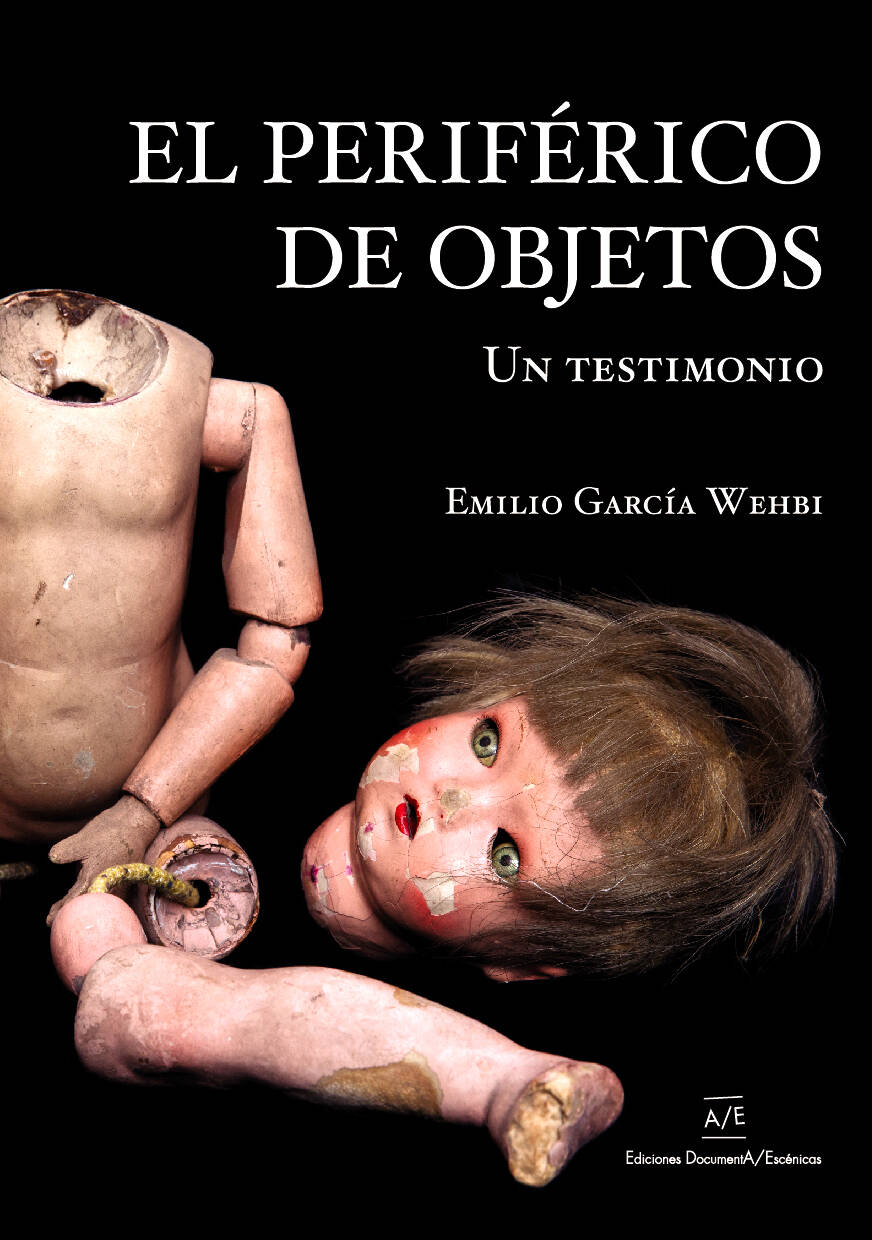 Emilio García Wehbi (1964) is an interdisciplinary artist who works at the crossroads of different scenic languages. Since 1989 –when Periférico de Objetos, the paradigmatic group of Argentine experimental independent theater, was founded– until now, he has had an outstanding performance as a theater director, régisseur, performer, actor, visual artist and teacher. His pieces, operas, performances, installations and urban interventions have been produced in the main festivals and cities in Argentina, Brazil, Chile, Uruguay, Peru, Colombia, Ecuador, Venezuela, Mexico, the United States, Canada, Portugal, Spain, the Netherlands, Ireland, Scotland, France, Switzerland, Belgium, Austria, Germany, Poland, Italy, Sweden, Australia, and Japan. His poetics is aimed at challenging established aesthetic categories, producing a hybrid of disciplines so that his creations do not fall readily under any precise definition. His formal search seeks to always establish a dialectics with the observer, considering them an active part of the piece. Throughout his career, he has staged more than seventy pieces, published almost a dozen books and received numerous national and international awards.