Susana Thénon (1935–1991) was an Argentinian poet, translator and photographer, a contemporary of the Sixties Generation along with Alejandra Pizarnik and Juana Bignozzi. Yet by her own decision, she remains outside the canon, an isolated and unclassifiable voice, standing tall somewhere in the territory between disquiet and irony, an urgent ‘distance’ in twentieth-century Argentine poetry. This volume brings together her published books of poems: Edad sin tregua [Age Without Truce], Habitante de la nada [Inhabitant of Nothing], De lugares extraños [On Strange Places], Distancias [Distances] and Ova completa [Complete Ova], as well as a selection of unpublished texts. It also covers her photographic work, to which she devoted herself for decades, as well as her translations, while also bringing to life her passion for dance in her photographs of Iris Scaccheri. We have also included essays published in literary journals and supplements, as well as some short, incisive articles that Susana Thénon wrote on the enigma of poetry. Her playfulness and freedom with language manifested itself in a variety registers: high poetry and popular vernacular, a mixture of discourses and themes, the predominance of prose, the degradation of culture, the violent clash of styles, a break with commonplaces and the impositions of society through humour (always politically incorrect!). Her work is currently being translated into several languages (English, German and Portuguese). The interest in her work and the perception of her profound relevance to our present – she has never felt more contemporary – grow day by day, as do feminist re-readings around the world, discovering the continuity of feminist tradition in Argentinian literature. Thénon is a disobedient poet like no other, and her poetry can take on the pulse of new dissenting political and literary generations fighting for women's rights. Her republication will allow new generations to access her work. 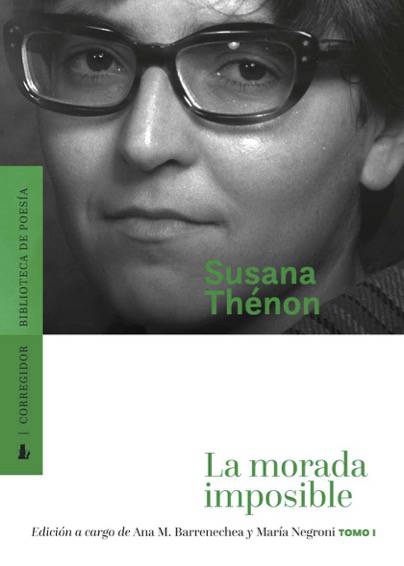 Susana Thénon (1935-1991) was an Argentine poet, translator, and fine-art photographer. A contemporary of the '60s generation, her poetry was absolutely groundbreaking, and her body of work defies any attempt at classification.