The executions. Death in the first person

Horacio González is one of the most influential Argentinian thinkers of the last decades. A sociologist and essayist, he served as director of the National Library. This is one of the last books he wrote before he died in 2021. In this work, he somehow condenses his particular “method” to approach the issues he wished to raise, establishing multiple and original links between historical facts and various cultural productions from Argentina and abroad. “Executions” –that particular form of political violence that Horacio analyzes in representations by Goya, Rosellini and other emblematic cases– is the topic used as a starting point from where he develops his thoughts. 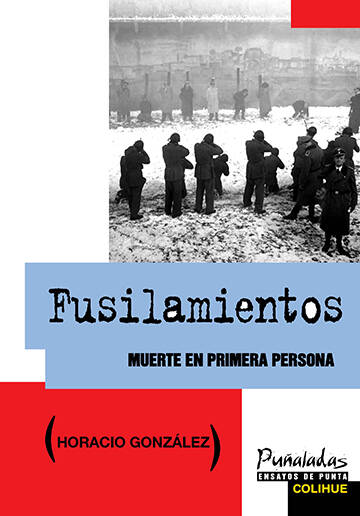 A sociologist, lecturer, researcher and essayist, González was born in Buenos Aires in 1944. He completed his studies on Sociology at the Universidad de Buenos Aires (1970) and earned a PhD in Social Sciences at the Universidade de São Paulo, Brazil (1992). He worked as a university professor in the country and abroad from 1968 onwards and served as Director of the National Library for many years. He was one of the most important intellectual references from Argentina. His literary and political analyses have contributed committed and critical readings of society.