This book is an in-depth look at the cellular and molecular mechanisms of the basic tissues in the human body. It is an essential read for courses in Cellular and Molecular Biology, Biochemistry or Human Physiology, and for any reader who wants to know what is happening at the microscopic level with their body.

BENIGN VERSUS MALIGNANT NEOPLASMS
The term “neoplasm” means "new growth" and is generally used as a synonym for tumor. It is generally understood that neoplasms (or tumors) are abnormal masses of tissue whose cells grow uncontrollably. Neoplasms are classified into benign and malignant according to certain biological characteristics, which pathologists seek to identify from a lesion biopsy (Table 1). A neoplasm is considered benign if its growth is limited to the area where it originated and does not spread to other parts of the body. Such lesions can be entirely removed by means of surgery. In contrast, a malignant neoplasm (or cancer) is that which can grow to invade the surrounding tissues, and whose cells have the capacity to spread to other areas, far from the site of origin, resulting in secondary growth foci or metastases.
The differences between benign or malignant behavior are based on certain molecular and cellular characteristics that are morphologically visible under a light microscope. One of these distinguishing characteristics is the degree of differentiation, i.e., the resemblance that neoplastic cells bear to those of the original tissue. The more they resemble a normal cell and the more they maintain their differentiation, the more likely they are to retain their functions and display benign behavior. As they dedifferentiate, these similarities are lost and neoplastic cells become increasingly aggressive, hence, morphological atypia often constitute an indication of the malignant nature of a lesion. A complete lack of differentiation is called ‘anaplasia’ and constitutes a distinctive feature of malignancy, associated with cells that are highly invasive and have a great capacity to develop metastases. Another relevant characteristic is their growth rate, a parameter that can be morphologically assessed identifying the cells that display mitosis images within the neoplastic mass, in order to estimate the number of dividing cells.
From the pathology point of view, the nomenclature of neoplasms follows some basic rules that contribute to systematize their typification and diagnosis. In this regard, each benign neoplasm and each cancer variant constitute different diseases that require a specific treatment, even though they may be similar in terms of the molecular and cellular mechanisms involved. Table 2 presents examples based on the nomenclature of the main neoplasms, which is also used to designate continuous cell lines derived from neoplasms, of both humans and animal origin —a subject that will be discussed in the next chapter on eukaryotic cell cultures.
Benign neoplasms are designated by adding the suffix -oma to the tissue from which they originate, whereas malignant neoplasms are called carcinomas, when stemming from epithelial tissue, and sarcomas, when stemming from mesenchymal or supporting tissue. Most neoplastic cells form solid tumors, but in the case of hematologic tumors -leukemias and lymphomas-, they show unique characteristics, since the cells develop in bodily fluids, such as blood or lymph. In addition, the cells from which these tumors originate can travel through the body to perform their immunological functions, which means that these neoplasms always have a malignant behavior. On the other hand, central nervous system tumors, such as gliomas, can lead to very serious diseases due to their location, even without manifesting malignant biological behavior or metastases.
In humans, the most frequent cancers are carcinomas, which are mostly detected in adults. They derive from epithelial cells, which are very rapidly replaced, and are more exposed to chemical and physical damage from the environment, which may, in turn, favor the accumulation of genetic mutations. Conversely, nervous system tumors are infrequent and, in some cases, may start with genetic defects that occur during embryonic development, and usually appear during childhood or adolescence. 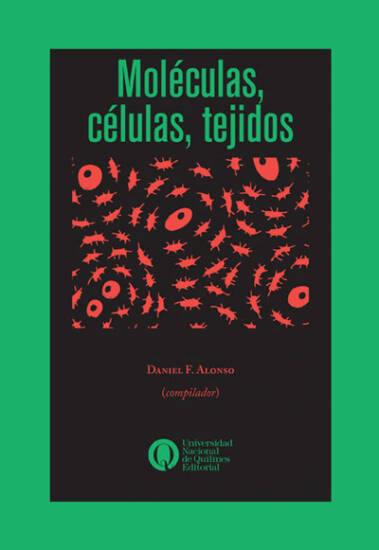 Daniel F. Alonso was born in 1965 in Correa, province of Santa Fe, Argentina. He graduated as a physician from the UNR (National University of Rosario) in 1989. In 1991, he was a Visiting Fellow at the NCI (National Cancer Institute) in the United States. In 1996, he started his tenure at the UNQ (National University of Quilmes), where he was the Head of the School of Biotechnology until 2006. He is currently Full Professor of Cellular and Molecular Biology, and the Scientific Director of the Molecular Oncology Laboratory. In 1999, he joined a Scientific and Technological Researcher at CONICET (National Scientific and Technical Research Council of Argentina). Moreover, he was awarded with the Premio Houssay twice. He has published around 100 original research papers and popular science texts in journals from Argentina, the United States and Europe, and he owns numerous pharmaceutical patents. He is the author of many scientific papers: in 1998, he published Introducción a la oncología molecular (Introduction to Molecular Oncology) (Publisher: UNQ), together with Daniel E. Gomez, earning them the Premio Nacional en Ciencias y Artes Médicas (Medical Arts and Sciences National Award); in 2002, El desafío del cangrejo (The Crab Challenge) (Publisher: Siglo XXI), a scientific text on cancer for the general public -later republished in an expanded edition- in 2006 and 2010; in 2007, Introducción a la oncología clínica (Introduction to Clinical Oncology), together with co-author Adrian P. Huñis and Daniel E. Gomez (Publisher: UNQ); and in 2008, Biología tumoral (Tumor Biology) (Publisher: Eudeba) co-authored by Elisa Bal De Kier Joffe and Lydia Puricelli. Since 2007, he has led a Research and Development Program for new cancer therapies, which gathers a consortium of scientific institutions, public hospitals, and pharmaceutical companies.