Paula Daniela Bianchi’s Cuerpos marcados. Prostitución, literatura y derecho [Marked Bodies: Prostitution, Literature and the Law] provides an array of hard data, information, recommendations, ideas and reflections on various historical, legal and political aspects of prostitution that have contributed to such labellings as whore, slave, sex worker, victim of the white-slave trade or trafficking. Much as this book extends itself on various fronts, it does not pull its punches. On the contrary, every aspect it analyses, every topic on which it embarks, seeks on the one hand to locate the pivotal figure to which it returns in complex fashion, and on the other to reveal a bundle of relationships that open up the figure’s contacts and make them possible. The result is an expanded social narrative that showcases a series of aspects that have to be taken into account in order to understand the figure’s imaginary and social influence. This is a research book, a history book, a knowledge book, a tool book that pursues social effects that can galvanise the articulation of academic and activist debates, their encounters, provocations and divergences, their ways of putting bodies on the line and committing them by encouraging a host of new practices and identifications.
These words summarize the spirit in which the author set about her doctoral thesis, which earned her various recognitions such as special mentions from the Argentine Association for Research in Women’s History and Gender Studies for doctoral theses and from the International Association of Literature and Feminine Hispanic Culture at the University of Texas in Austin, USA.
Her research is based on a character study of the prostitute as a literary prism, but also the historical practice of prostitution as a political, social and cultural mechanism. With this in mind, it tracks and locates itself at convulsive moments of history related to different events, such as the emergence of specific laws classifying crimes and stigmatising subjects, the concerns of states expressed as fears and threats, upheavals in the public and moral order, the threat of institutions or the appearance of books that acted as founding fictions expressing strong period ideologies. There are key moments in these upheavals, which Bianchi locates at the turns of the two centuries: the nineteenth century and twentieth, and the twentieth century and twenty-first. She demonstrates how the anxiety of politicians is linked not just with the discipline of bodies, but with changes in the descriptions of the subjects and characterisation of crimes, and with the legislation accompanying these changes.
The different enclaves of prostitution presented form ideological stains, shameful shadows of biopolitics that designate not only the subjects, but the social and political imaginaries that shape them and the conceptual tools that have been produced to define and think about them. Mexico, Chile and Argentina are the Latin American countries chosen by this research to locate these ideas, explain the central role of legal systems and offer a wide-ranging list of the literary texts installed by the different series of texts assembled by the prism. The book features both founding fictions, given their close ties to what is national, and fictions that, at the latter turn-of-the-century, in the framework of imperfect and unequal globalizations, have been fertile ground for the creation of new fictions and other languages, this time disobedient and uncowed when naming prostitution. The stories and novels discussed in each chapter are related through precise figures of prostitution; between them develop lines, series, loans, rewritings, genealogies. Taken as a whole we can read a literary history of the prostitute: her elevations and dissipations, the central character she acquired as a fiction-generating body and her transformations in contemporary accounts.

The author has painstakingly built up an archive of prostitutes in literature, and she features a number of authors from the literary traditions she has set out to study. Her critical eye recovers names, casts light on little-known figures, identifies narrative modes and distinguishes not just aesthetic, but political and social controversies, like the debate on abolitionism, discussions of feminism on the subject or current thinking on femicidal and patriarchal violence. Bianchi takes up a position and places the theoretical debates at the centre of the literary resources in order to expand on them and let them breathe.
The author is accompanied in her explorations with a foreword by the author Nora Domínguez and back-cover copy by the author Gabriela Cabezón Cámara. 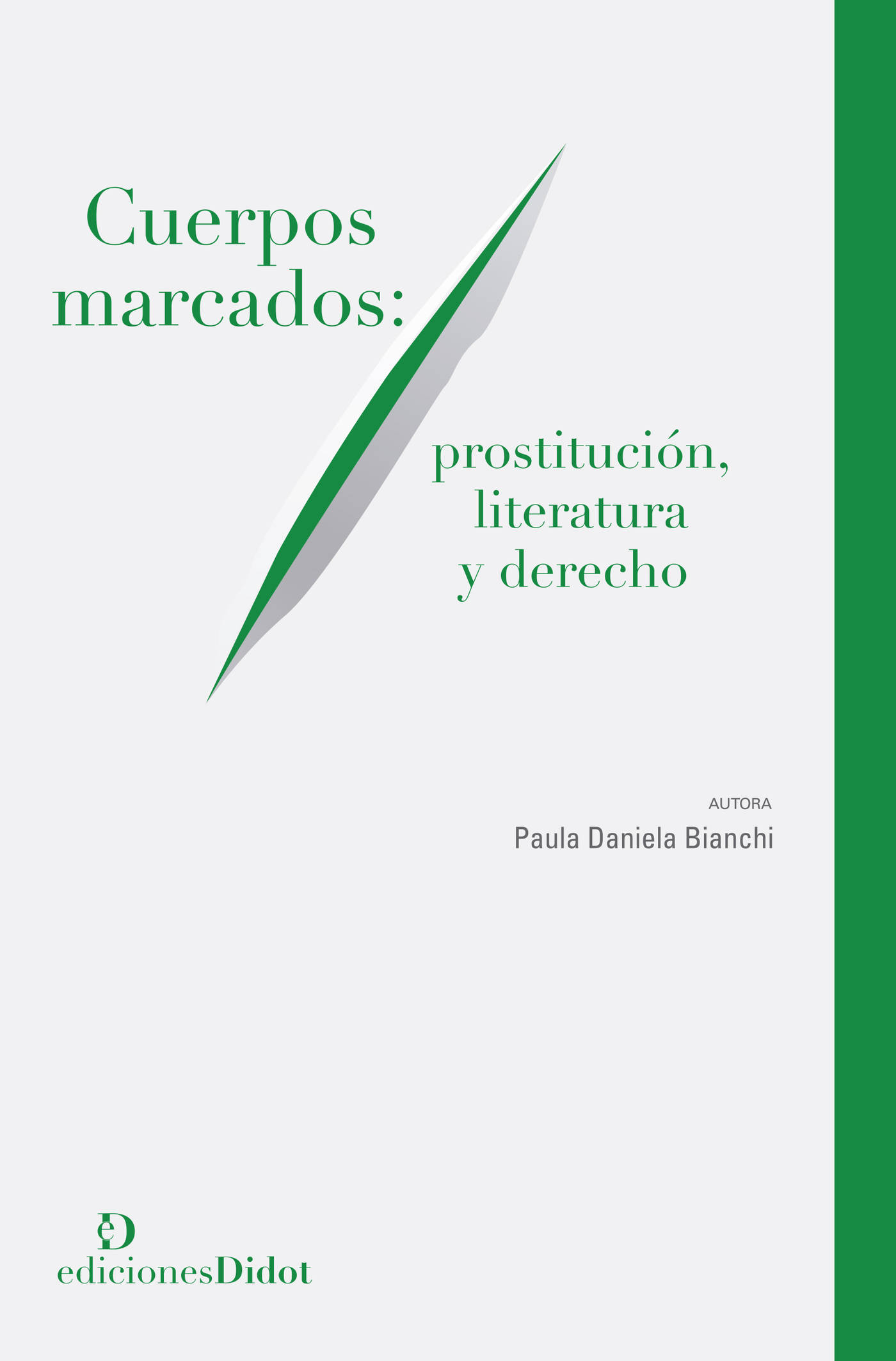