Life of a pencil

In the midst of a forest grows a cedar tree. They chop it down and, from its wood, they make the pencil of this story, which goes from hand to hand, from a store in Canada to a table in a bar in Buenos Aires. In each place, it will find its occasional owner ― a prisoner planning his escape, a student in love, a female architect on the move, a female portrait painter working at a hotel. Eventually, driven by the force of chance or fate, it will fall into the hands of a writer who tells us this mysterious and apparently random journey: nothing more –and nothing less– than the life of a pencil. Written by Nicolás Schuff and illustrated by Martina Trach, this is the first book in the catalog aimed at a young adult readership.

The starting point to any book is a forest. That is where the wood from which paper is made comes from. And in our case, also the pencil with which it is written and traced. This is a forest in Canada, where one day a cedar tree grows. It grows next to other trees. Over the years, two birds nest among its branches. Seven chicks learn to fly from its top. One sunny morning, the tree is cut down. From the trunk of the cedar more than one thousand pencils are made. They are packed in boxes and shipped all over the country. In a small town, a skinny man steps into a shop with a coin. The shop owner knows him. He often comes in to buy fishhooks and tobacco. The pencil is for his twin brother who is in jail. The prisoner knows the jailhouse fairly well from the outside. The building was constructed in an outlying area when he was a little boy. Back then, he would go there by bicycle, with his dog, and stay staring at the construction for a long time. The machines made him think of fabulous animals of the future. One night he climbed onto a crane. He sat in the cabin until the clear light of day blurred the stars. Now that he is locked inside that building, the prisoner uses the pencil his brother gave him and draws, for months, the blueprint of the prison. Hallways, cells, patios, pavilions, restrooms, offices. He sees that it is possible to escape through a sewage. Nobody finds out about the escape until some hours later. The guard checking the prison cell finds the pencil. He has been working there for fifteen years and it is the first time someone escapes. 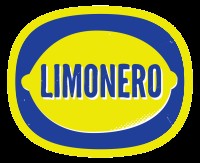 Nicolás Schuff was born in 1973. He devotes himself fully to writing. Some of his published titles include El pájaro bigote (The Moustache Bird), Los equilibristas (Tightrope Walkers), Así queda demostrado (Therein Demonstrated), Mis tíos gigantes (My Giant Uncle and Aunt) y Las interrupciones (Interruptions). He has also adapted myths, legends and literary classics. Some of his books have been awarded the ALIJA IBBY prizes, and were translated into English, Greek and Russian. He coordinates writing workshops for children, hosts the podcast El pájaro fantasma (The Ghost Bird, at elpajarofantasma.wordpress.com) and lives in the outskirts of Buenos Aires.

Martina Trach was born in 1988. Since she couldn’t stop herself from drawing all the time, she began to think she needed to do something about it. In her teenage years, she took a drawing and painting workshop, then another and then another. She studied Graphic Design, and pursued it hesitantly, with pleasure and discomfort, while continuing to draw. She now collaborates in several projects as a freelance illustrator, and as an external contributor to La Nación Newspaper. She is a member of the collective “Anuario de ilustradores.” She participated in the volume Mujeres (Ediciones Invisible) together with other female illustrators from different countries. She published, in 2018, Clara y el hombre en la ventana (Clara and the Man in the Window, Editorial Limonero).