Identity and its counterpart, dissonance, speak profoundly in Humus... humus. Equation and metaphor bloom in the lyrical poetry of Luisa Futoransky—she illuminates the singular and observes with skeptical sympathy. Once again, she puts at stake the choice of a possible world, one in which outrage can still shake the opacity of a dormant society.

Can it be...?
I do not disdain rubble or rapids,
blue waters, clearings
mirages or translucent trails.
Or the waterfall effect because I once rippled
and at times I was merely cantabile
or grieving and hollow.
And quiet as well.

Now what counts:
Can it be that my tongue has become a waterway?

Her best profile
She’s inherited a green hand, and grows humble flowers
and happy roses as well, ornamental tobacco
and the jasmine bush.
Hands of a fairy, at times

Under the loquats
Not that I particularly like them or find them aesthetically pleasing or even fragrant.
It’s a fruit tree just like any other.
It’s a neat little place in a one-horse town, a town that I insist is no more.
We were a poor family, and it didn’t ask for anything. It settled for the occasional soapy water that was left after washing clothes.
It was within its rights to give little. Not even a jar of marmalade. Loquat jam? Never heard of it.
Yet it held out and took shelter under the eaves
of my disheveled heart.
No plans to leave.

Narducho
The landscape of my childhood is lost. It doesn’t exist.
New street layout, new houses. To me, it is no longer a geographic rendering on a map.
It is a place with one single memory and one single emotion.
There, I immersed a world: childhood, bugs, relatives and neighbors.
The first winters and the game: slushing in the frost.
A bakery oven and Narducho, in the barren lot, who by way of shoes was wearing little wooden planks wrapped around his feet with burlap, and in his hand, for all intents and purposes, he had a tin jug.
Like a holy card of Saint Francis. Or an innocent from a Russian epic.
A quiet fool, the town fool, in Santos Lugares, which doesn’t exist either.

Google Maps, which doesn’t lie much, has just confirmed that my teen years do not exist either. The house has been demolished to build who knows what. In its place, street placards stand. The red bricks of the sidewalk are still there. The little tree, that was rickety at the time, has survived. For how long, it wonders.
Of my youth, as is natural, not even the ashes remain. We wandered from one seedy boarding house to the next. We lived in basements. We slept on straw mattresses.

We travelled by border-crossing trains and trucks. We smoked bat guano. We got by as best we could. The tears come, and they blossom, or rather burst.

occasionally threads of a dream fester between the teeth
in the morning, oblivion-and-rust-proof brushes and toothpaste
pretend to disguise the loss —recurrent— of the suitcase
white, ridged, metallic, brand new
it was an oversight, looking away on the platform:
an unknown railway station
it’s daytime and the story is complicated
walking backwards is impossible
as it is to stand still
and what for 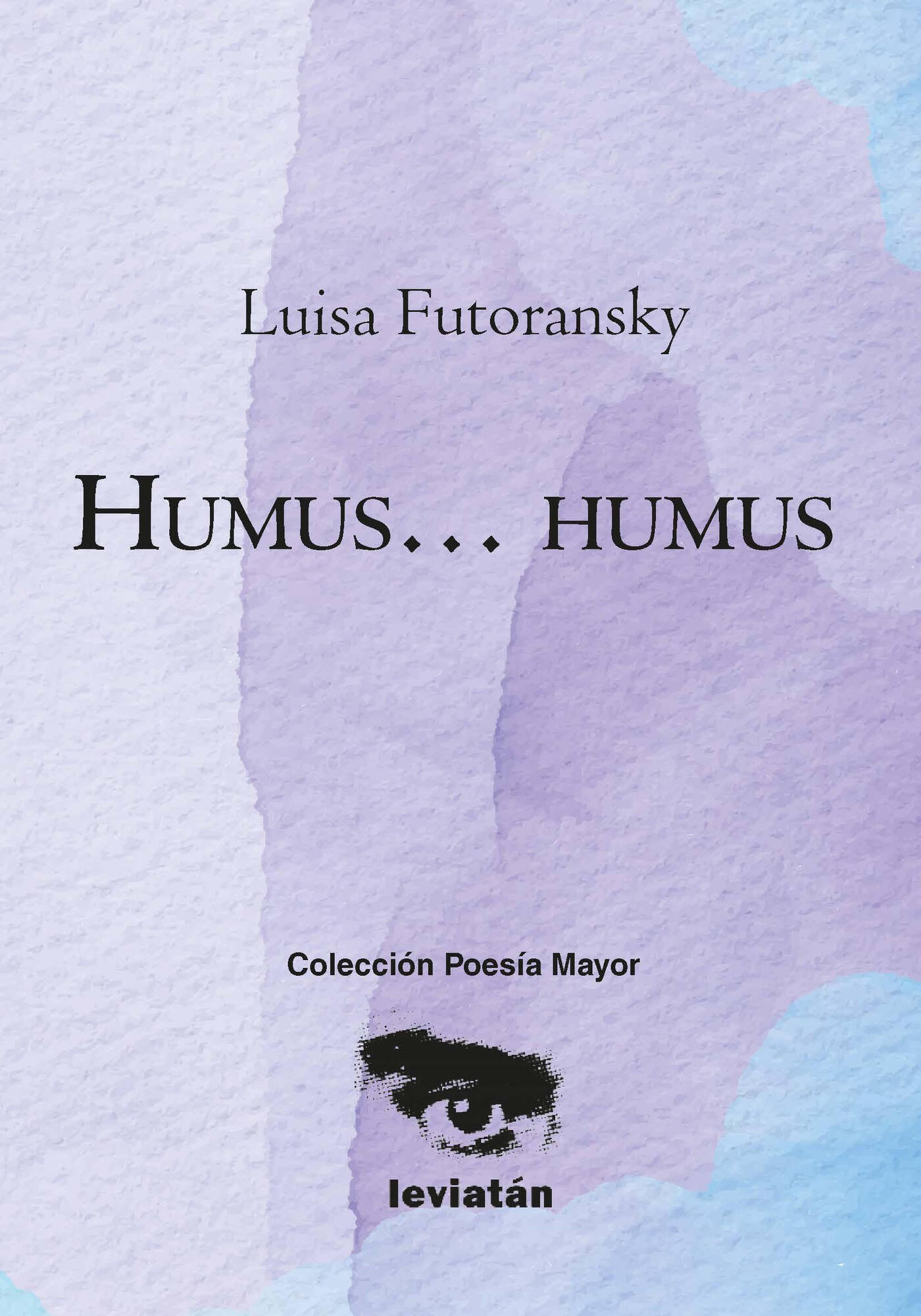 Luisa Futoransky was born in Buenos Aires. She is an extraordinarily prolific artist: she is a poet, novelist, journalist, as well as a keen translator and editor. In her cultural universe, there have been teachers and mentors of the stature of Catulo Castillo, Carlos Suffern and Jorge Luis Borges. She befriended Olga Orozco, Enrique Molina, Hebe Uhart, Manuel Puig, and Rosario Castellano, among others. From her small apartment in Paris, she has never stopped thinking and feeling as an Argentinian. That is why her Antologia poetica (Poetic Anthology), published by Fondo Nacional de las Artes (2000), and her books Estuarios (Estuaries) (2000), Inclinaciones (Inclinations) (2006), Ortigas (Nettles) (2011), Pintura rupestre (Cave Painting) (2014), and Marchar de dia (Marching in Daylight) (2018), just to mention the latest, have all been published in Argentina. But she has also been published in Spain, Germany, Quebec, the United States, and England. Her latest works as a novelist are 23.53 Noveleta (23.53 Noveleta) and Formosa (Formosa), which has already been translated into German. But we should not forget her essays Son cuentos chinos...(Chinese Stories), De Pe a Pa (From Pekin to Paris), Urracas (Magpies), Pelos (Hairs), and Lunas de miel (Honeymoons). She has also reflected on photography in Desaires and in Devociones, both two-handed books which she co-authored with Jose Antonio Berni. Her deep and expressive voice, broadcasted on air, has marked generations with her readings and musical tastes. In 2019, Leviatan published Los años argentinos (The Argentine Years), the first volume of her complete works, edited and prefaced by Mariano Rolando Andrade.