Luisa Valenzuela was the first woman to win the Carlos Fuentes Prize in 2019. Her work has been published in more than seventeen countries and translated into eleven languages. Liliana Heer has said of this work:
‘Luisa Valenzuela, famous for the art of leading the reader through the labyrinths of suspense and of nuancing scenes in which her humour factory pumps out unforeseen smiles. This mission of telling stories is a double-sided one, a sometimes comic imperative even if the hands on the keyboard trace webs of shadow.’ A prolific writer of beguiling novels and short stories, in God’s Joke she sets us the challenge of feeling where her characters are heading, why records become stories, the nature of the debates between narrator, author and her protagonists. Like a game of dice where chance strikes momentarily and momentarily makes room for the plot, Luisa Valenzuela overflies the intervals of the imagination and circumvents preconceived expectations to invite us to her adventurous dance with language, where language is a feasible platform on which to perform a striptease down to the letters, ever mindful of the value of meaning and meaninglessness. Pure invention backed up with documentary research, because if there is one thing that characterizes our author, it is her ability to sift the tones of fire and sprinkle them throughout the witty amalgam – half fiction, half ‘reality’ – of peerless narrative’.

Luisa Valenzuela has interwoven journalism with literature, with over thirty published volumes. Her latest novels are La travesía [The Crossing]; El mañana [The Future]; La máscara sarda, el profundo secreto de Perón [The Sardinian Mask: Perón’s Deep Secret]. Her essays include Palabras peligrosas [Dangerous Words]; Escritura y secreto [Writing and Secrecy]; Cortázar-Fuentes, Entrecruzamientos, [Cortázar-Fuentes Crosslinks]. Notable among her collections of microfiction are Brevs, microrrelatos completos hasta hoy [Brevs: Complete Microtales to the Present]; Juego de villanos [Game of Villains]; Zoorpresas zoológicos [Zoological Zoorprises]. In 2007, Alfaguara published the volume Cuentos completos y uno más [Complete Stories and Another One], considered a classic by critics. In 2018, Fondo de Cultura Económica published her ABC de las microfábulas [An ABC of Microfables], illustrated by Lorenzo Amengual. Luisa Valenzuela has been translated into more than fifteen languages and has appeared in countless international anthologies. She has been awarded major prizes, and there have been several conferences on her work, both in the United States and Mexico, and in Vienna and Buenos Aires. A member of the American Academy of Arts and Sciences and Doctora Honoris Causa at the Universities of Knox, Illinois, and San Martín, Buenos Aires, she is the refounder of the current PEN Centre Argentina (former PEN Club). 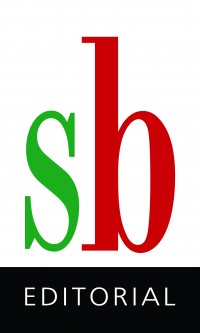