In her last published book, Tamara Kamenszain stretches across genres to write a text that is as sensitive as it is provocative. Poets and poetesses, girls and grandmothers become reunited in this book where they are the protagonists of a sort of relay race without beginning or end. The baton is passed from hand to hand: from Delmira Agustini to Juana Bignozzi, and then to Cecilia Pavon and Celeste Dieguez, among many others, to build a revisited history that addresses the question: Storni or Alfonsina? But it is also an obstacle race, where the bards are to be avoided, since they are neither loud nor have a personal life, and only fall in love with love, not like those girls who boil beans, not trying to persuade anyone with their writing, or those whose grandmothers are looking for them, even though now it is they who find themselves in a clamoring Plaza de Mayo which summons and unites them. Straddling essay and poetry, Tamara Kamenszain never loses her balance in this book that explores both genres, taking from each what touches her the most.

1.
Poetess is a sweet word
that we tossed aside out of shame
and yet and yet
now it returns in a handkerchief
worn by our foremothers, tied
to the throat of their hoarse lyrics.
If he calls, tell him I’m gone
asked Alfonsina as she committed suicide
And that scared us.
Better to be called a poet,
not a poetess, we agreed,
to secure at least one little corner
in the catacombs of the canon we yearned.
And yet and yet
once again we were left out:
we did not know that poets
are wont to become bards
while for us, inclusive-language girls,
bard-ess doesn't sound right
because women don’t write
to convince anyone.
And so the poetess in all of us
tries to come out of the closet now,
to go for a new, pre-written destiny
that lived on the fringes of its own revisited history
but never got tired of waiting for us.

2.
We wanted to be called like them:
by our surname.
Rosenberg, Moreno, Bellessi, Gruss
and yet and yet
the time for first names is coming,
the Uruguayans have always had
a name. Juana, Idea, Circe, Amanda.
Delmira, the first divorcee in Uruguay.
Delmira, the first victim of femicide.
It is clear that what began as poetry
had to end as a novel
because Delmira was by then divorced
but had a date with her ex-husband
in a run-down motel
where he was waiting for her
with a gun in the bedside table drawer.
“He committed suicide over the bleeding chest of his beloved”
read the headline of Montevideo’s El Día, avoiding any mention of her.
Between the modernist metaphor of a bleeding chest
and the then non-existing word femicide
Delmira managed to do and undo with her tongue
what was left unsaid for her.
Strange beloved of my strange muse
she’d written in her dedication
to the he-muse who chastened the verse
until it bled.

3.
In 1999 when I wrote an essay on Delmira
I was getting a divorce after 25 years
of marriage.
I entitled it “Modernism’s divorcee”.
I was referring to her, of course,
and yet and yet
was I also speaking about myself?
Far from wishing to unfold
some silly psychologistic nod
in the drift of this confession
my question is aimed at the heart
of that old literary criticism
which despised private life
for the sake of a stern
textualistic purity.
It is true that the old biographism
Pezzoni laughed at in his classes
was embarrassing.
At best it turned into
a no less irritating
applied psychoanalysis.
And yet and yet
as they write, authors live lives
which are worth reading.
Barthes had an insight of what he called
the biographical nebula,
putting back some affection
into intellectual production, he said as he confessed
“Eventually I ended up preferring to read about the lives
of certain writers rather than their works.”
And Delmira’s life and mine when I wrote about her
were connected. As I went through the gloomy proceedings
— “the divorce decree came in the mail,” complains Anne Carson—
I preempted the painful paperwork and chose
as an epigraph to a book I was writing
these verses by Delmira:
“Come, hear me, I evoke you.
Strange beloved of my strange muse.”
And yet and yet
far from letting
the inspiration of the poetess bleed to death
I sutured the mouth of my verses
as an offering to the critics and gave them
the modest quiet decent product
of a poet.
Once again what started as poetry
had to end as a novel
for I only desired, at last,
to be called by my surname. 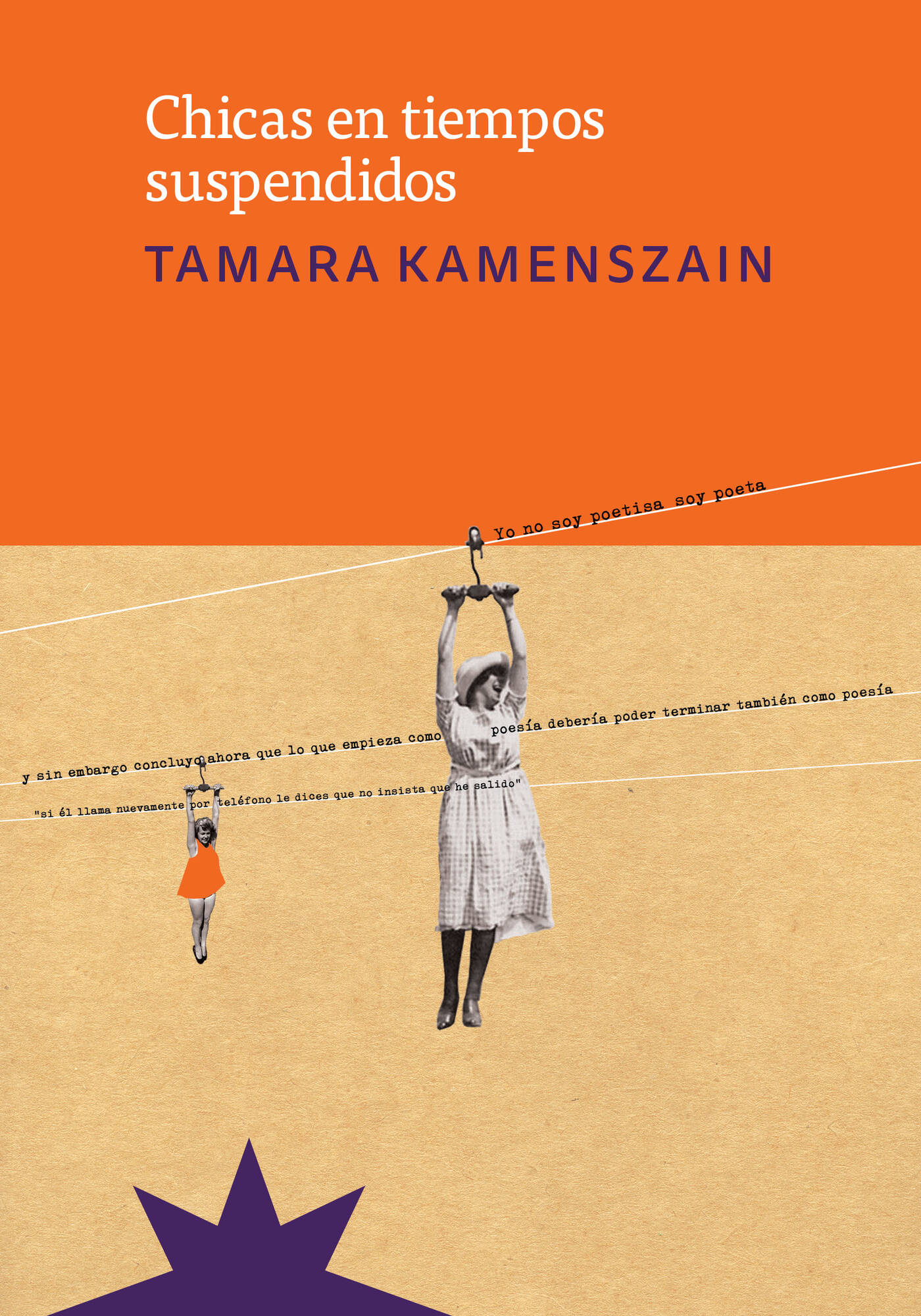 Tamara Kamenszain was born in Buenos Aires in 1947. In 2012, with La novela de la poesía (The Novel of Poetry), her ten published poetry books were collected in a single volume. She delved into narrative fiction with El libro de Tamar (The Book of Tamar) (Eterna Cadencia, 2018). Some of her most salient essays are Historias de amor (Love Stories) (2000), which compiles her three previous books; La boca del testimonio (The Mouth of Testimony) (2007); Una intimidad inofensiva. Los que escriben con lo que hay (A Harmless Intimacy. Making Do with Writing) (Eterna Cadencia, 2016); and Libros chiquitos (Little Books) (2020). Among other awards, she has won Primer Premio Municipal de Ensayo (Municipal First Prize for Essay Writing), the John Simon Guggenheim Fellowship, Premio Konex de Platino (Platinum Konex Prize), Medalla de Honor Pablo Neruda (Medal of Honor), and Premio de la Feria del Libro de Buenos Aires (the Buenos Aires Book Fair Award) as the best published book in 2012 for her collected works, and Premio Lezama Lima, awarded by Cuba. Her books have been entirely or partially translated into English, French, Portuguese, German, and Italian. She was a full professor at the Arts of Writing School of UNA (National University of the Arts in Buenos Aires). She died in July 2021, having become one of the most distinguished names in the history of Argentine poetry and essay writing.