Do not believe everything you hear!

This novel, recommended for teenagers and young adults, is the third of a series (though they can be read independently) which addresses the challenges of the transition into adulthood: pressures from society, the search for identity, social media. Characters deal with issues such as peer pressure, romantic ties, the relationship with adults. The use of graphic resources that reflect the digital environment, such as WhatsApp conversations and interactions from other social media platforms, and the current everyday language in which they are written, are key for the readers, who value this approach, both intimate and respectful to such an intense, confusing and yet wonderful stage of life. 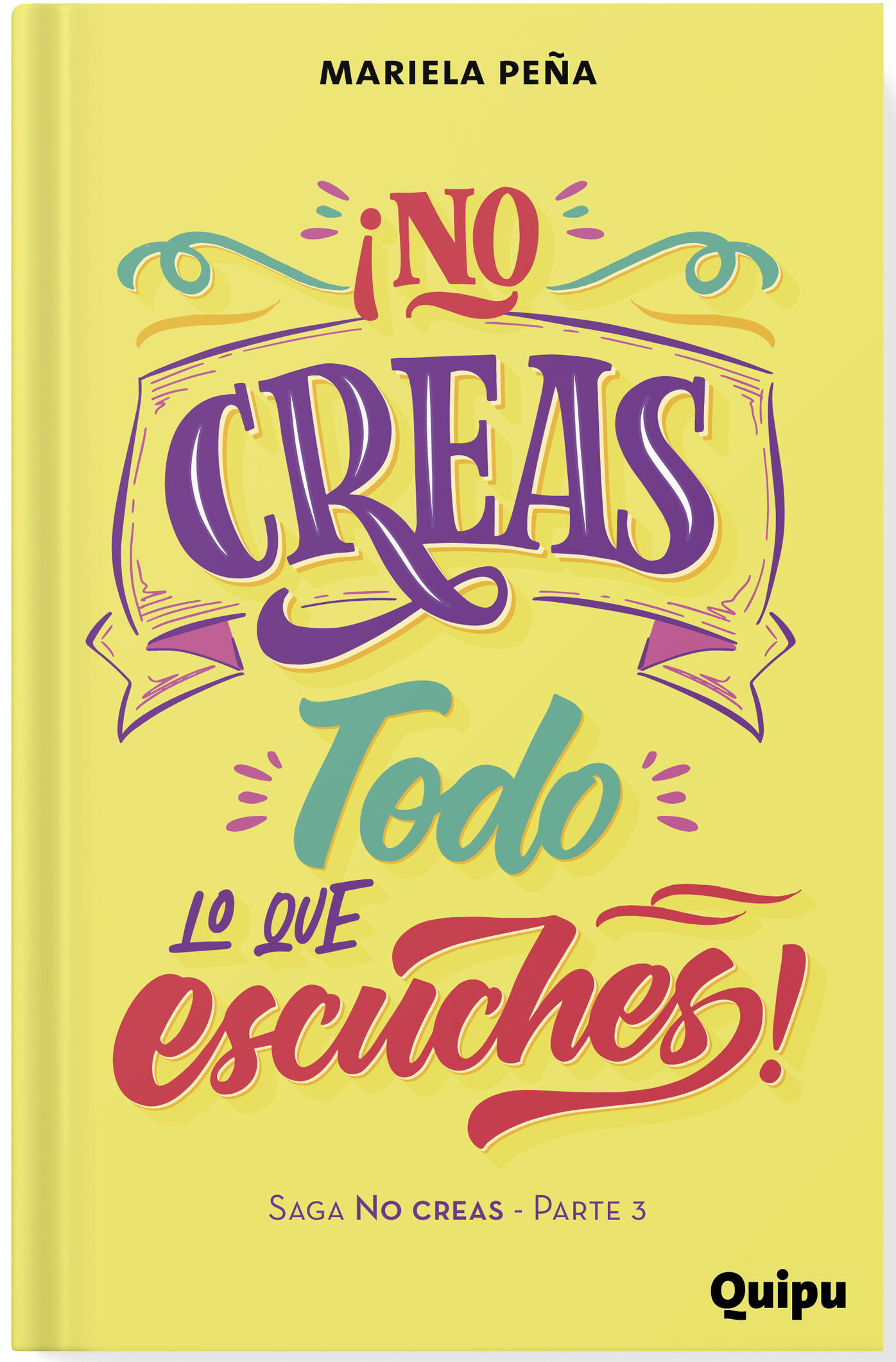 Mariela Peña is an editor and a writer. The success of her first novel, ¡No creas todo lo que te digo! (Don’t believe everything I tell you!), prompted her to write this series, at the request of her readers, and to travel around Argentina to take part in reading sessions and workshops at many book fairs and schools. She is at the time living in Uruguay, where she offers creative writing workshops for teenagers and adults, and has countless followers in all her social media platforms.