Since 1880, cooks and gourmet experts have sought to have haute cuisine officially categorized as an art form. However, such official, generalized, and sustained legitimation has not yet taken place, even after a world-famous chef took part in Kassel’s documenta. A few academics who find this to be unfair have made statements in that sense in different publications. This book stems from the encounter with those texts, and analyzes the discourses used by those authors to build their arguments, their strategies for sustaining them, and the different ways in which they were conditioned by their cultures of origin. However, this research offers much more. To understand the phenomenon in depth, it was necessary to carry out a historical study on food cultures, culinary practices, the relationship between cooking and writing, and the different attempts made to artify cuisine. We invite readers to go down this path of culinary knowledge, feasts, philosophical discussions, and artistic debates and digressions, which continue to this day.

Regarding the question of meaning or referentiality, food —or the product of culinary practices (any of them, and not only of cuisines)— can be considered, from the point of view of semiotics, as a secondary system. That is to say, food "signifies by virtue of the fact that every element that is part of social life becomes a signifier" (Veron, 1987: 172). We mentioned earlier that the characteristics of cuisines (understood as constituting their supposed artistic quality) are not such, but rather they function as factors that grant a "margin of potential artistry" to culinary products. This is so because even if the aesthetic and the symbolic aspects are always present and operating on the production side, to degrees that make them noticeable, they will not necessarily be perceived that way on the reception side. If anything, the "artistic" aspect depends on the receiving end and the receiver's awareness of that experience. When this occurs in an effective way, cooking —which is not a particularly artistic practice but is, in fact, a particularly aesthetic practice, as well as fundamentally nourishing (Schaeffer, 1996: 129-133)— can be understood as an "art in reception". However, when we try to define it beyond specific subjective experiences, it turns out to be a production art of works which can eventually be perceived as works of one of the "arts" in the modern sense, something that shows the unavoidable tension between the individual and collective categories. We have dwelt at length on the artistic possibilities of cuisine (and cooking) products because we deem it important that these clarifications should be made. Nevertheless, this book is particularly interested in all the arguments and strategies that the discourse of artistic legitimization of cuisines resort to in order to defend their disapproval of the exclusion of cuisine practices in the domain of artistic practices, rather than their postulates on artistic functioning (p. 95), and their proposal to revert this situation. To achieve their goal, the authors decide to omit the difference between the various meanings of the term “art”: works of art, the arts understood as applied arts, and the specific artistic disciplines that produce typically exemplary works (p. 16), which we group under the denomination of "the arts". We do not think that the authors are ignorant or unaware of these differences, nor do we think that their omission is due to an unscrupulous willing decision. Instead, their standpoint seems to be more structural in nature: by eliding the differences between the meanings of art, they assign more weight to the essentialist thinking which ignores the fact that no practice "is" an art in the modern or post-invention of art sense if it is isolated from certain contextual conditions, and that "the arts" were constituted by convention, although they are not without foundation. Only from an essentialist stance, even if it is explicitly denied (this is where structure operates), can the ‘artification’ -the social transformation of a practice that is not particularly artistic into one that is- of a discipline be conceived without considering the contextual aspects and the degree of sustainability of this transformation. To account for how the notions and labels that have contributed to the construction of the discourse operating in favor of an institutional culinary art recognition in the modern sense were generated, we have explored the diachronic dimension of the terms “art” and “cuisine” in philosophical, academic and culinary texts. Thus, we have sketched, throughout this work, in keeping with one of our objectives, a historiography of cooking as ars (art) or téchne (craft), and then, of cooking as one of the fine arts, as well as of the use of the terms "the art of cooking" and "culinary art". Thus, we have seen how cooking went from being considered an empirical practice to being classified as a technical art, and also that the terms “the art of cooking” and “coquinaria art” (the art of cookery, which would later become “culinary”) emerged after the denominations for other technical arts or crafts had stabilized, but before the process of "the invention of art" began. 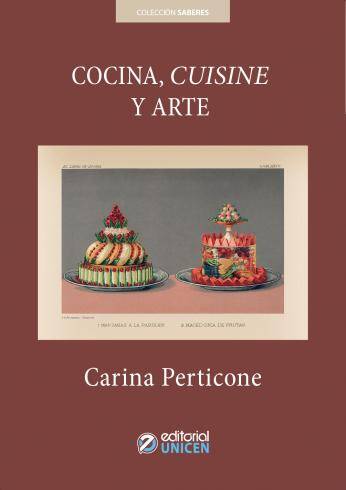 Carina Perticone is an Argentinian semiotician and cultural analyst, specializing in discursive-social and aesthetic aspects of food and nutrition. She is a researcher and teacher at UNA (National University of the Arts) and the CIF (Center for Philosophical Research), both in Buenos Aires. She took a postgraduate course in Anthropology of Food and Eating at UNSAM (National University of San Martin) and attended similar courses at the University of Barcelona. She has carried out ethnographic works about national festivals and food fairs in Argentina and abroad, and she worked as a food journalist and co-authored two books.