This book is recommended to introduce children aged 10 and older to the amazing world of science and scientific research, through a mystery story, emphasizing the value of teamwork and healthy competition. In this realist novel, adventure connects the readers with the origins of the world and the dinosaur era, in an entertaining, dynamic way that relies on humor to spark genuine interest in different scientific fields.

May History judge Ignacio Rucci’s happiness about going to school. That is, may history judge me. I neither confirm nor deny having risen before anyone else at home, prepared breakfast without any help, and hurried my elder sister to be on time. Monday had come at last, and it was a glorious day. It was the day when the chosen candidates for the Interdisciplinary National Fair organized by the National Ministry of Education and the Ministry of Tourism would be announced. Like that, as it appeared in the announcement email.
Boring you say!? Just one word: DINOSAURS. Yes. That year, the chosen subject was Paleontology, that is, the study of the living beings that roamed the Earth in past eras. I mean... DI-NO-SAURS!
Since the beginning of the year, every class at school has revolved around this fascinating subject. For instance:
• In Language and Literature, we read two science fiction novels about the Mesozoic era and wrote five stories about that, some of them in groups, some on our own (I wrote a pretty cool one about time travel adventures).
• In Natural Sciences, we studied the geological periods, their flora and fauna, and geographical features (Did you know that there used to be only one supercontinent called Pangea, where everyone lived? Imagine that!)
• In Mathematics, we calculated lengths, widths, and heights to obtain the hypothetical volume corresponding to each one of the species and the surface they inhabited.
And so, we arrived at this long-awaited Monday. I entered the school building, nervous but really eager, and my friend Colo’s was the first face I saw. He did not see me because he did not have his eyeglasses on (he can be in his own world at times). All the other students were already lining up to salute the flag.
Although there are twenty-five students in our class, only three of us registered to take part in the Fair, but many of our classmates helped out. Yet, to be honest, Colo is my best ally, because I love drawing and he loves creating virtual realities with his computer.
Colo is not a know-it-all or a nerd or anything like that, but his dad is a 3D animation expert. He helped us build the project we presented.
While I was thinking about all that work and the afternoons in front of the computer screen, someone greeted me.
“Hey, Nacho!”
It was Athina, our group’s environment “specialist”. She knows about plants, rocks, insects, topography, and the climate’s impact.
“Hello!” I greeted her.
She winked at me but soon we lined up again, while the flag was raised.
After saluting our national banner, Clotilde Cordoba, the principal, stood before the students. She told us to be quiet and waited until a pin drop could be heard. She had collaborated in our project since the beginning: she became familiar with technological matters she did not understand before and made sure that we had enough time to work and all the materials we needed (even when that implied giving us some money out of her own pocket).
That Monday she had a big grin on her face and spoke louder than usual; it was important for her that our school should be recognized. She made a few announcements and then closed her speech wishing good luck to Giovanni Basteri, Athina Kukso, and Ignacio Rucci, the students who were in the final selection round to go to the Interdisciplinary National Fair. That is Colo, Athina, and me. Everyone gave us a round of applause and Athina nudged me in the ribs. I nudged her back and we went to our classroom.
That Monday was, undoubtedly, the best day of my life. 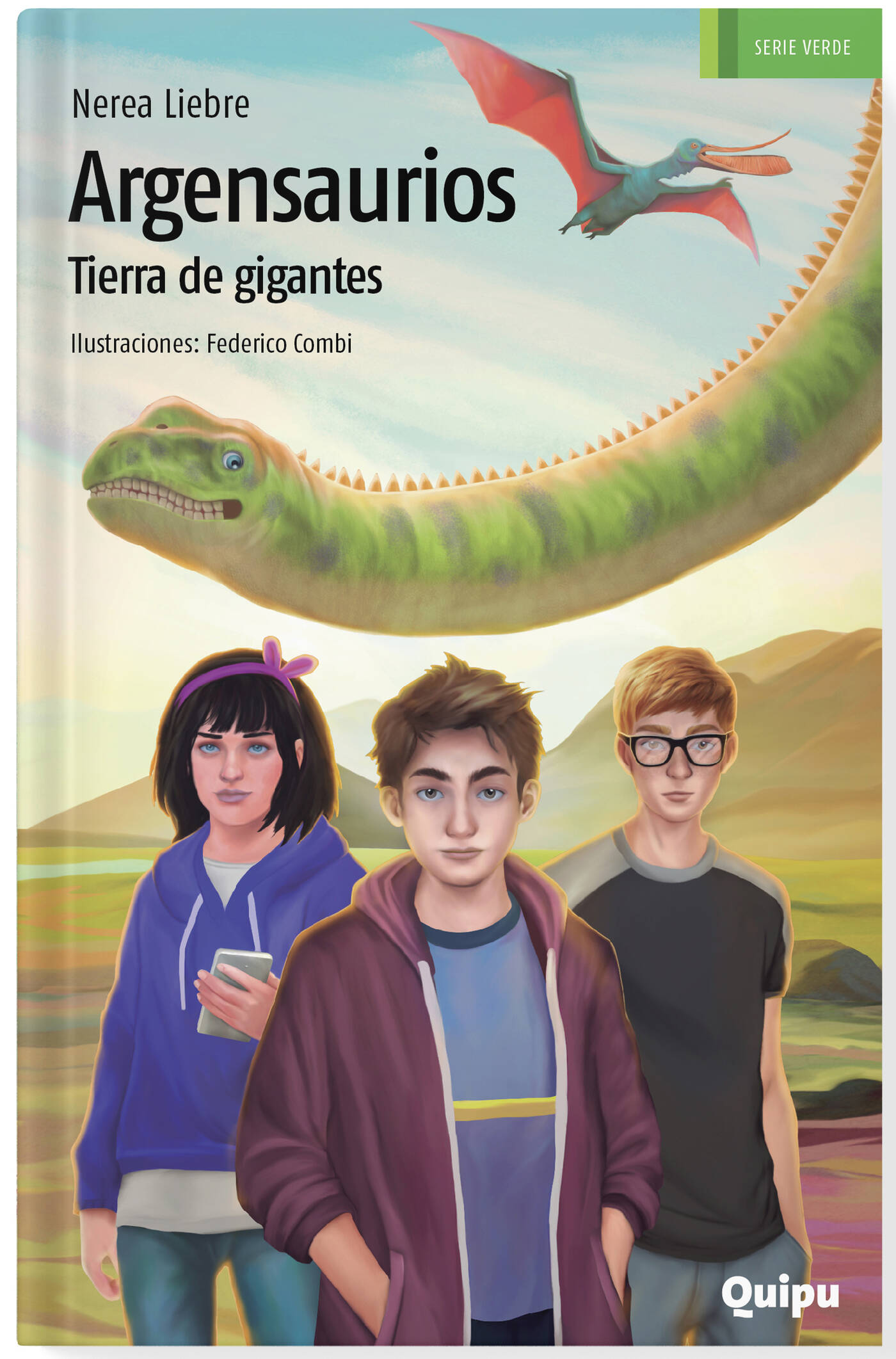 Nerea Liebre holds a BA in Political Science and an MA in Public Administration, but fortunately she did not lose her love of literature. She attended literary workshops by Graciela Repun, Liliana Bodoc, and Veronica Sukaczer. Her first novel for children, Cirkotico y el enigma de la hechicera (Cirkotic and the Sorceress’s Enigma), was published by Ediciones El Naranjo, in Mexico. She obtained the first prize in the Voces Destacadas 2016 contest, organized by the Latin American Cultural Institute (Instituto Cultural Latinoamericano). She was awarded an honorable mention in the Sociedad de Escritores de Buenos Aires SEP 2015 literary contest.