Another Country. Death and Transfiguration of the New Argentine Cinema (NCA)

There is a specific interest in Argentinian cinematography at an international level, and there are only a few works that truly account for the diversity of Argentina’s national production, of the debates and issues that arise within the professional groups that shape it —and of the representations it puts together, brings to the spotlight and opens up for discussion. This is what makes this book by Nicolás Prividera fundamental to the field: not only does he delve into the thesis he had presented in his El país del cine. Para una historia política del Nuevo Cine Argentino (The Country of Cinema. For a Political History of the New Argentine Cinema), now a classic in our country, also published by our publishing house in 2014, but he also brings up to date the development of our cinema focusing on a period of extreme political confrontation: the first 20 years of the new century. Prividera displays a noteworthy ability to give a contemporary account of the filmmaking landscape, going through a variety of the diverse movies that were released across the whole territory.

Fracture: 1. The violent tearing of a solid object. 2. Place in which something is broken, and the mark left by it.

It is a well-known fact that in the Americas, the history of cinema overlaps with history itself. Not only because of the proximity between the birth of cinema and the birth of one nation —or many—, but also because cinema was where those envisioned communities found a space for consolidation. It is no coincidence that North American cinema —as an “Institutional Mode of Representation,” according to Noël Burch’s characterization— was born with The Birth of a Nation (Griffith, 1915). The 19th century, which gave birth to the mechanical reproduction of pictures, found its identity mirrored in American civil wars. Thus, Westerns —a classic North American genre— always take place after the American Civil War, or in between that war and the foundation of the modern State. On the other side of the Americas, Sarmiento would go on to define the cultural battle between “civilization and barbarism” as the axis from which modern Argentina was supposed to emerge.

But, whereas the refoundation of the nation in North America was based on the gradual incorporation of slaves into civil society, in Argentina there was rather a refoundation of the enemies that were to be exterminated or expelled: the Indians, the gauchos, the immigrants. Although the contexts may vary, throughout the 20th century the axis that divides society from its antagonists persists. The fracture of the Radical Civic Union —the first populism— paved the way for the return to a conservative country, which would not be put on its toes again until the emergence of Peronism. This movement, and the pull between Peronism and anti-Peronism, is what defines the last century in Argentina (Borges takes up Sarmiento to say that “every one hundred years, Buenos Aires engenders a dictator that is, in a way, always the same”). The history of Argentinian cinema is also deeply influenced by this repeated agon, as Di Núbila points out in his History of the Argentine Cinema (Historia del cine argentino), written to explain why Argentina’s “golden age” came to an end with —and due to— Peronism.

After Argentina’s coup of 1955, Torre Nilsson accepts that, at last, “the time has come to deal with the big issues,” thus offering a mea culpa and making a promise. According to Nilsson, Peronism “required making dull and trivial films. And Argentinian cinema truly obliged, with only a few exceptions,” although he admitted that the cinema that had preceded Peronism “did not fully confront the reality of the country” either. According to him, that generation —his father’s— suffered from a “dissolution:” “Back then, some men were scorned and cast out from our field due to absurd prohibitions; others were hit hard by the economic specter; and others were absorbed by the pro-government trap.” Years later, Nilsson himself would fall into that very trap with El santo de la espada (The Knight of the Sword) (1970), and ended up having his work Piedra libre (Free for All) (1975) banned. Perhaps the best period of his career was around the time of the aforementioned conference, while he was finishing up La casa del ángel (The House of the Angel) (1956), the first movie that would make both him and Argentinian cinema internationally famous. Perhaps that was the reason why he confidently admitted that “if in two years our cinema does not have its own Roma città aperta (Rome, Open City), its own I vitelloni (The Layabouts), its own Alejandro Nevsky, then we will have to seriously consider what other terrible disruptions could be haunting us.” These disruptions were not hard to make out: the “deposed regime” once again embodied that which was silenced. It was only mentioned to openly criticize it, even in cinema, but it was not understood. There was not even an attempt to assimilate it, but rather quite the contrary. That is why it made its comeback with the strength of the repressed, as Argentinian political life became rarer and rarer over the course of the sixties: only underground cinema (with 1968’s La hora de los hornos [The Hour of the Furnaces] by Solanas-Getino on the lead) explicitly tackles that simmering civil war that would then openly break out in the seventies. Cámpora’s brief term of office, la primavera camporista, was a period of calm, a parenthesis between authoritarianism and an unhinged repression that made any approximation to reality seem deranged. Cinema was just another symptom (Torre Nilsson passed away shortly after, as if he could not resist such a symbolic occurrence).

In 1983, coming out of the dictatorship entailed a new responsibility to “confront reality,” while at the same time there was a pact of silence regarding the coalitions that had made it possible. Argentinian cinema was getting settled again: the coup’s collaborators reconverted; survivors were reincorporated into the field (only Aristarain remained on the fringes, after being one of the few who saved Argentinian cinema from falling into disgrace). This new period of calm ended more quietly (“not with a bang but a whimper,” as Eliot would say). The bang would not come until the rise of president Menem, while the “old” Argentinian cinema “from the eighties” made way for the “Nuevo Cine Argentino” (the “New Argentine Cinema”), as the new cinema historians call it, without acknowledging that that was how the sixties generation was called as well (the seventies generation does not go by any name, nor does the one that came before those rage-free young people). The young persisted in their efforts to try and make films at all costs, but were not able to overcome the cultural atmosphere of the Menem administration, a continuation to the dictatorship in terms of the economy. However, this was the atmosphere that shaped them: the Nuevo Cine Argentino was a product and a reflection of those years, which lingered between economic marginality and political apathy. The paradox is that the consolidation of the Nuevo Cine Argentino came after the 2001 crisis and the subsequent rise of Kirchnerism, even though the ideological “gap” (an assumed metaphor going back to Sarmiento which a journalist used to define the period) between Kirchnerism and the opposition gradually became visible everywhere... 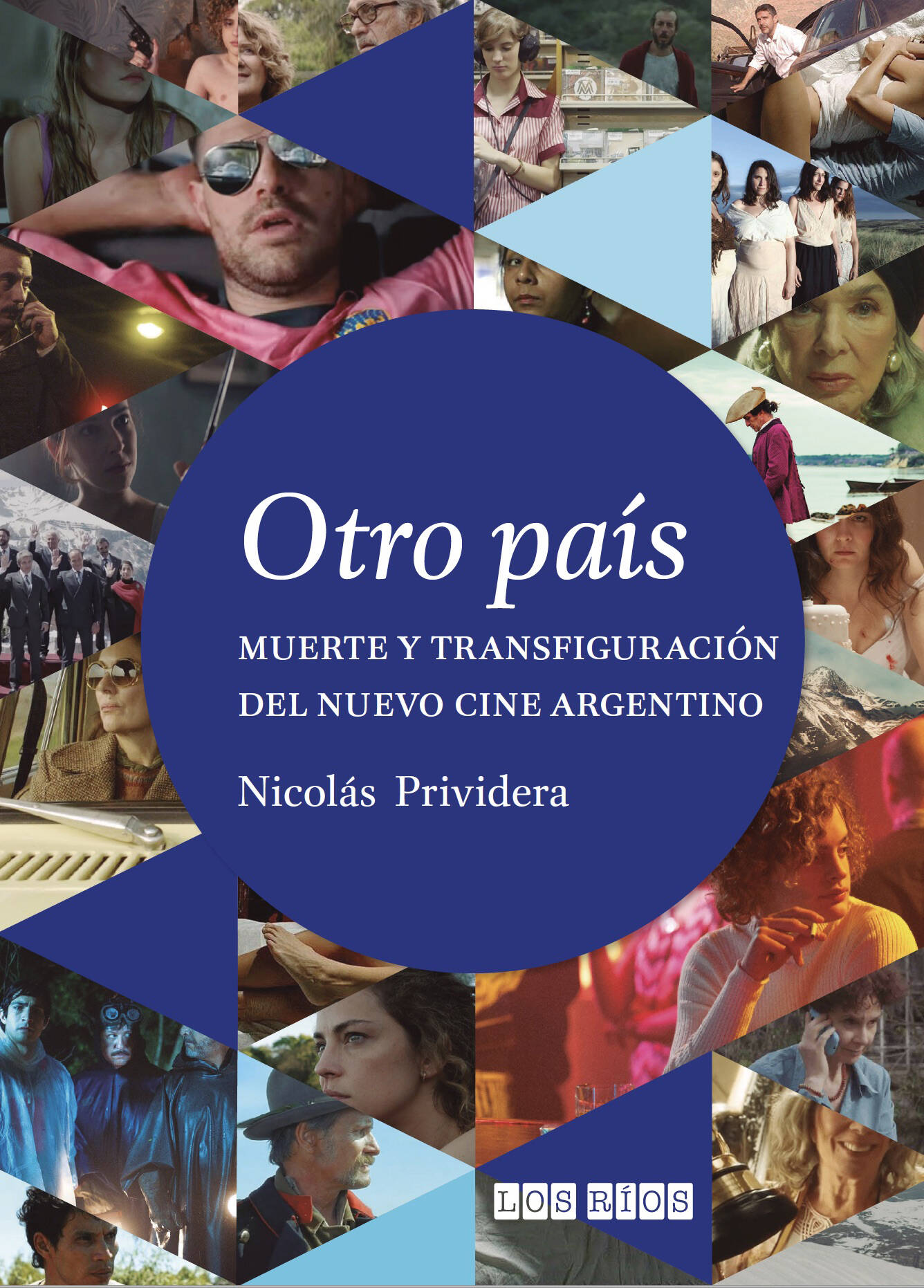 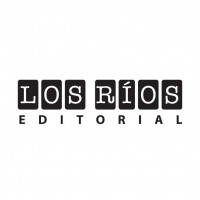 Nicolás Prividera was born in Buenos Aires in 1970. He received a BS in Communication Science from the Universidad de Buenos Aires (UBA) and a BA from Escuela Nacional de Experimentación y Realización Cinematográfica (ENERC). He made three movies: M (M) in 2007, Tierra de los padres (Fatherland) in 2012 and Adiós a la memoria (Farewell to Memory) in 2020. He wrote the books Restos de restos (Remains of Remains), published by De la Talita Dorada in 2011, and El país del cine (The Country of Cinema), published by Los Ríos in 2014. He is currently the director of the MA in Latin American Cinema of the department of Audiovisual Arts at the Universidad Nacional de las Artes (UNA).